Yesterday, the Apple Keynote at WWDC took place, and iOS 11 was announced. iOS 11 comes packed full of great new features for the iPad, including drag and drop, a dock, and many more improvements and changes.

I will be concentrating on the major iPad updates in this post, as that’s where the most change is, and it’s most likely what will interest people the most. 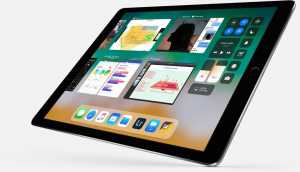 The first major change is the Dock that is being introduced. This is like the bottom bar that already exists on iPads, however you can add many more apps to it, and you can easily summon it from the bottom of the screen in any app, and it can also be seen on the home screen. Holding down on an app in the dock will show you more information about that app, such as the last opened files.

The new dock is a great addition. It allows you to add more apps, and you can quickly access it from other apps so changing apps is easier and quicker than before. Note that the labels below the apps have been removed, but it’s very likely that you’ll know what apps you add down there anyway. 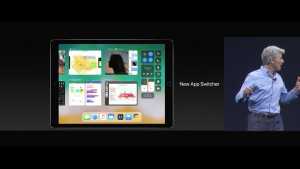 By far the best feature announced in my opinion is the drag and drop function. This allows you to drag files, images, text and links over from one app to another. For example, if I wanted to drag an image from photos into Apple Notes, I could hold down on that image and drag it across whilst in split view. This function is open to third-party developers too, so they can add the ability to do this in their apps. You can also multi-select with drag and drop. For example, I can hold down on and image, and use my other hand to select multiple other images, and then drag those over to the app I want to put them in. The keynote only showed the multi-select of images, so I am not sure if you can do it with files, text and links too, but hopefully you can.

I’m just wondering if drag and drop is going to be offered to third-party developers via an api, and how long will they take to implement it? Split screen has taken so many apps ages to add, and some apps don’t even have it yet. Will developers be quick to add drag and drop, or will it take them a long time to add it? I’m hoping that apps will add it quickly, so the awesome new features of iOS 11 can be put into action.

A new app called ‘Files’ is also going to be available for download in iOS 11. Consider this app to be the central hub for all your files. Instead of having to navigate through the frankly horrific iCloud app, change to the Dropbox app and so on, you’ll have all your files in one place. Files supports third-party apps such as Dropbox, Google Drive, Box and OneDrive. Files will make it a lot easier to find the documents you want, as you won’t have to switch between multiple apps looking for them. 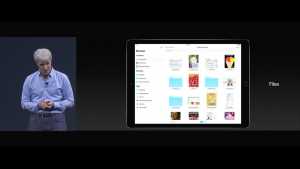 If you use the onscreen keyboard and not an external keyboard (if you don’t have one, I really recommend you get one), you’ll be glad to know that the keyboard is getting a few edits. Now, you’ll be able to quickly flick your finger on a key to get punctuation, numbers and more. It’s pretty useful for inputting text quickly, and I like this change quite a lot. 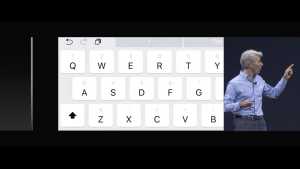 Another cool feature that comes along with iOS 11 is that when you take a screenshot, a small pop up will appear at the bottom left of the screen. Tapping on this will give you markup options and the ability to crop the screenshot, and then share it to other apps. I really like this feature, as it lets you quickly take a screenshot, crop it and mark it up, and then send it to the app you want it in.

Markup can be used in any app that supports printing, so you can markup things with a pen tool, pencil tool and other tools. Apple Notes also now has a built-in document scanner, and inline drawing.

Note that these are the major features that are coming to the iPad. There are lots of smaller features, such as updates to the App Store, iMessage updates and more. I’ve just covered the large updates that will help you work better on an iPad.

Yesterday’s keynote marked a really exciting time for iPads – iOS 11 really makes them into a much more useful tool. The ability to drag and drop files across apps makes it so much easier to attach files and images to notes. The Files app that will allow you to easily manage all your documents, images and other files will mean that you won’t have to spend time searching around for that file, and you won’t have to switch between the iCloud, Dropbox, Box apps looking for that one file that you aren’t sure where you saved it. The Files app will give you one place to look, search and manage your files.

iOS 11 has really concentrated on the iPad, and Apple has brought some great improvements and additions that people will love. The desktop class features that are coming to iPad will help desktop class apps such as Affinity Photo to come to the iPad, making it more and more powerful. I’m really excited for iOS 11 to be released later this year.