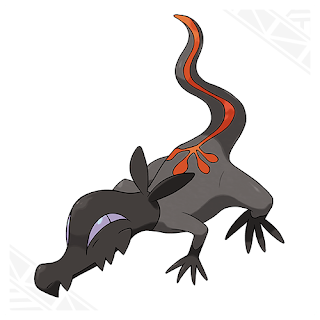 Salandit is a poison and fire type Pokémon that is going to be released in the games.
Salandit’s ability is Corrosion, a new Ability that no other Pokémon has had before. With the Corrosion Ability, it becomes possible to inflict the Poisoned status condition even on Steel- and Poison-type Pokémon.
Salandit is a pretty cool Pokémon, and I look forward to see what other ones are released!
Thanks for reading!
Feel free to comment below!
Advertisement