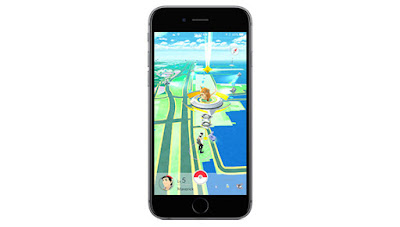 Pokémon GO is set to come out soon, and some new cool features have been announced.

The Pokémon video game series has used real-world locations such as the Hokkaido and Kanto regions of Japan, New York, and Paris as inspiration for the fantasy settings in which its games take place.

You can explore areas where you live to find new Pokémon, and once you have found one, take aim with your phone, and throw a Pokéball. PokéStops can also be found, and you can collect more Pokéballs and other items.

You can also customize your trainer, and collect Pokémon in your Pokédex. One of the features I love is that you can join a team, and battle other trainers in real life. At a certain point in the game, you are asked to join one of three teams. Like Pokéstops, Gyms can be found in real locations in the world. This is what the Pokémon website says about gyms:

Pokémon GO Plus has also been released. It’s a really cool device that allows you to see when you are near a Pokémon without your phone by using sound and vibration. You can also catch Pokémon and other actions with it.

Best of all Pokémon GO is free to play. There are in-app purchases of course, but you can still play the game without spending any money.

You can also take a photo of a Pokémon you have encountered and have your camera background as the background in your photo, which is pretty cool.

I can’t wait for Pokémon GO. It’s got really cool features, and I can’t wait to get the app and hopefully the Pokémon GO Plus. I’m really hoping that an iPad version of the game will be released.