My iPad is my on-the-go computer, and it’s what I take to lectures. I’ve been surprised by how useful multiwindow, the iPadOS feature that allows you to split the same app into multiple windows, has been. In particular, I’ve been using Things 3, my favourite task manager app, a lot with it. 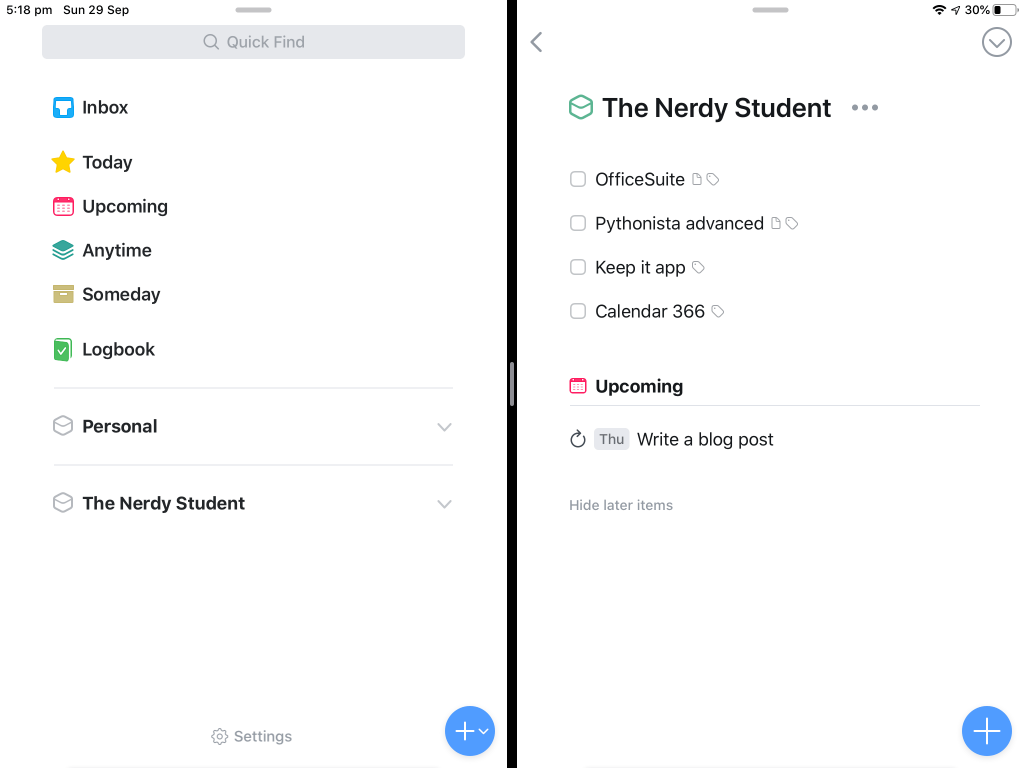 iPadOS actually allows you to have three windows open – the multiwindow, and then a window in slide over. This would be even more useful on iPads that allow you to interact with the main interface when the slide over app is present (iPad Pros). 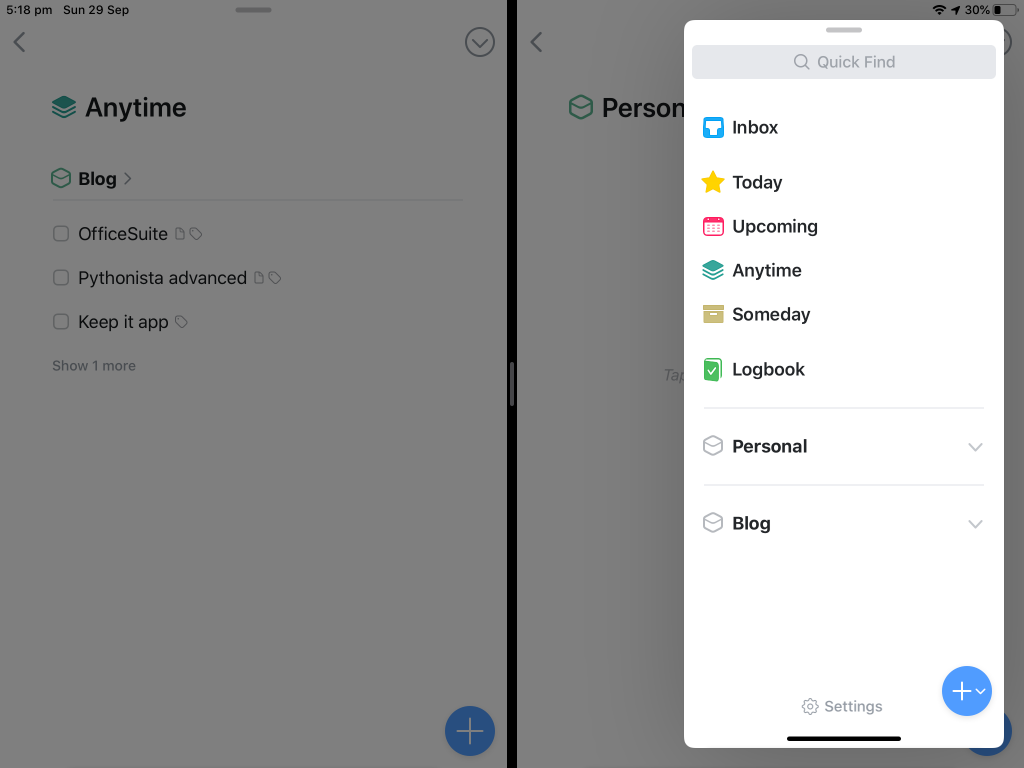 Multiwindow has made productivity on the iPad much easier. Now, instead of having to switch between two lists, you can simply have two instances of Things side by side. I really hope other apps, such as Evernote and PDF Expert, will begin to support this – it would be incredibly useful to be able to have two notes side by side.

One thing that is great about multiwindow is the ability to drag and drop between the app. If you are doing a lot of organising in Things, it’s incredibly easy to organise your tasks simply by dragging and dropping them into the Today view, or scheduling them in on the Upcoming view. Multiwindow makes it a lot easier to manage tasks with an intuitive interface.

To be honest, I would say that multiwindow and the new reworked homescreen are the most significant features of iPadOS (excluding night mode). The ability to have your widgets show up on the homescreen makes it easy to quickly view tasks and what is up next. Even my 5 year old iPad Air 2 is still working well as my daily driver, and I am impressed with the performance of iPadOS on it.