The FX-Audio DAC-X6 is a headphone AMP and a 24 bit DAC. With an AMP, you can power high impedance headphones, and a DAC converts digital sound into analog – essentially smoothing out the stepped digital signal. You can learn much more about this in the brilliant article that can be read here.

In this review, I’ll be taking a look at the DAC-X6 and seeing how it performs with relatively low power headphones, being Beyerdynamic DT 770 Pros at 80 Ohms, which are enough to warrant the use of an amp. I won’t be including detailed diagrams and graphs, which you can find here, but will be reviewing based on my opinion of sound quality, build, aesthetics and various other factors. 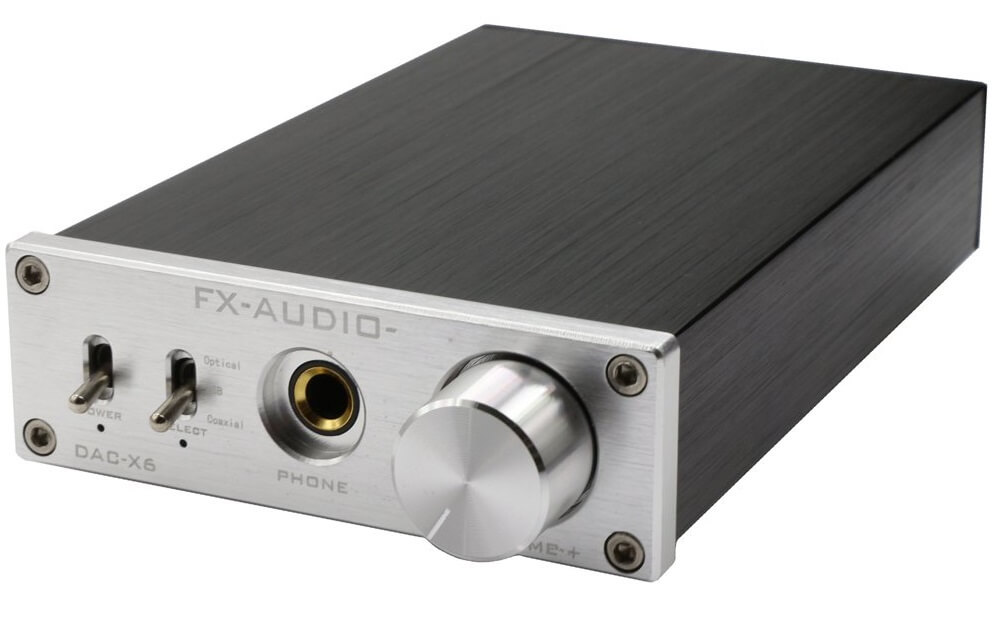 A bit on testing – I used 320 Kbps FLAC files for audio, played through MusicBee. My headphones, the Beyerdynamic DT 770 Pros have a V shaped sound curve, with slightly recessed mids and higher treble and bass, meaning that they are quite bright headphones.

Build quality of the FX-Audio DAC-X6 is great. The outer shell is made of aluminium, with a solid sound nob and well built switches. The source switch is a nice touch, allowing you to quickly switch. On the interior, the quality is also high – quality audio components (CS8416, CS4398, OPA213 for the DAC, and OP275+TPA6120 for the AMP) are used. One nice touch is a power light, showing red when the unit is on, and a green light that shows under the source switch to indicate audio output.

On the back panel, the DAC-X6 has various inputs – PC-USB in, optical in, coaxial in, RCA right and left in and finally the power supply. I am using the included PC-USB input that came with the unit. A 6.35mm jack is found on the front to output music to.

Sound quality delivered by the DAC is certainly an improvement over nothing. Frequency response was impressive for the price range, however it did suffer at the higher and lower frequencies, with significant drop off at the top end frequencies – this wasn’t as noticable with a pair of brighter headphones, but could be heard when playing certain tracks with darker headphones.

This aside, the DAC made it easy to pick out individual drum beats, guitar string vibrations, and much of the audio that was muddled in before – clarity is excellent. This was particularly apparent when switching from a low powered source, that could barely drive even 80 Ohm headphones, to the DAC. Sound became a lot more refined, and despite the lacking highs, was very enjoyable to listen to.

To conclude, the FX-Audio DAC-X6 is an impressive headphone AMP and DAC, that noticeably improves sound quality. If you are looking for a budget AMP and DAC for headphones, the DAC-X6 is a brilliant choice. 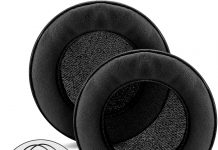 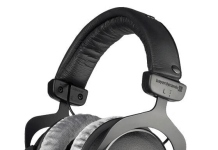