If you know of ProtonMail, chances are you know of ProtonVPN, by the same developers. Privacy is now a big thing, with many people becoming more aware of the dangers of the internet, and more and more people wanting to have more privacy when they are online.

Offered for Windows, Mac, Linux, Android and iOS, you can use ProtonVPN on all your devices. ProtonVPN is a great free, and paid, VPN service. It’s secure, reliable, has good terms and conditions, and is made by a trusted company. However, there are also drawbacks, which will be looked at in this review. 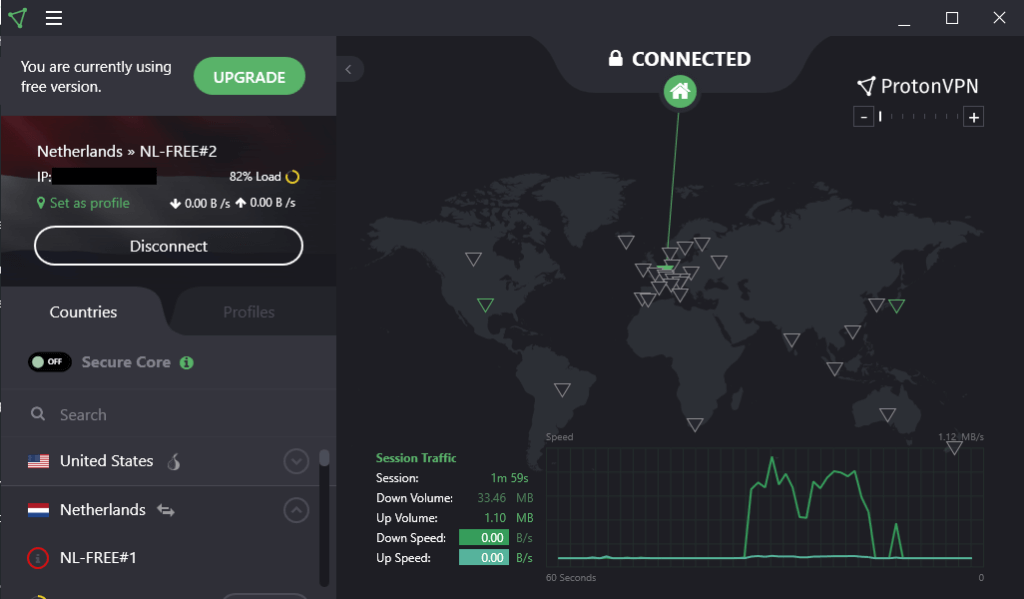 If you opt to go with a smaller, little known of VPN service, often you’ll find that they store user information and logs what you do. This is often hidden deep within the terms and conditions, and to make it worse, is harder to understand as they fill it with technical jargon.

However, ProtonVPN does not do this. They do not store anything about you, apart from a timestamp of your accounts most recent login. This is great to see, showing that ProtonVPN can be trusted.

A large issue with VPNs is leaking – this is where connection conflicts and errors open up a small ‘hole’ that allows your personal data to leak, and therefore be seen. This can come in the form of DNS or Web-RTC, however ProtonVPN did not leak in the tests I ran.

In addition to this, ProtonVPN has dozens of countries, and hundreds of servers from choose from. ProtonVPN allows you to access the Tor network without installing specialized software using special servers offered by them, and also have a set of specialised servers for peer-to-peer.

Whilst ProtonVPN does offer a great package, there are some issues with it. Firstly, only one protocol is offered, OpenVPN. For those who use older devices, OpenVPN may not be supported, and if you want a choice of protocol, unfortunately ProtonVPN doesn’t offer this.

For those on the free plan, ProtonVPN does not allow torrenting at all. For those on paid ones, it’s only allowed on certain servers (peer-to-peer servers). So whilst it is allowed to those who pay, there are several restrictions on it, and no access if you are a free user.

In addition to this, when I was on the premium plan, I found that there was little speed difference between that and the free plan. Whilst the free plans speed is better than other VPNs free plan speeds, it isn’t the best, and therefore makes it hard to justify upgrading tot get a quicker service.

Speaking of pricing, above is the pricing table, showing the various features that are offered. Whilst ProtonVPN does offer a free plan, it’s very limited – however, it does allow you a seven-day trail of the paid plans offered, which is worth a try if you are considering ProtonVPN. Regarding the paid plans, the pricing is on the high-end, especially regarding the basic plan which doesn’t offer much above the free plan.

Note that the free plan does not allow access to the P2P servers, and therefore you cannot use the ProtonVPN free plan for torrenting purposes – you would have to upgrade to basic to do so.

So, is ProtonVPN for you? I believe the free service is great for those who only use it occasionally and don’t want to pay for something they don’t use much. The speed on the free service is better than other free VPNs, and there are no bandwidth restrictions. However, for the price, you don’t get as much as you do with a service such as NordVPN, which is cheaper and offers a better feature set.

For a free VPN service, ProtonVPN is a good choice. However, there are much better premium options out there, such as NordVPN. 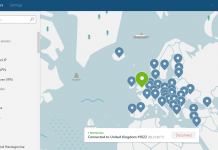