Games are often considered as one of the things the iPad is best at. People often think of short, simple games such as Candy Crush that are full of in-app purchases and don’t have great graphics when they think of gaming on the go. However, you can get awesome games ported from desktop on your iPad, and games with long and interesting storylines. They certainly don’t think that you can get game controllers to play games on your iOS devices.

In this article, I’ll go over my favourite iOS games (most of these games are also available for Android), from dungeon crawlers to simulators. 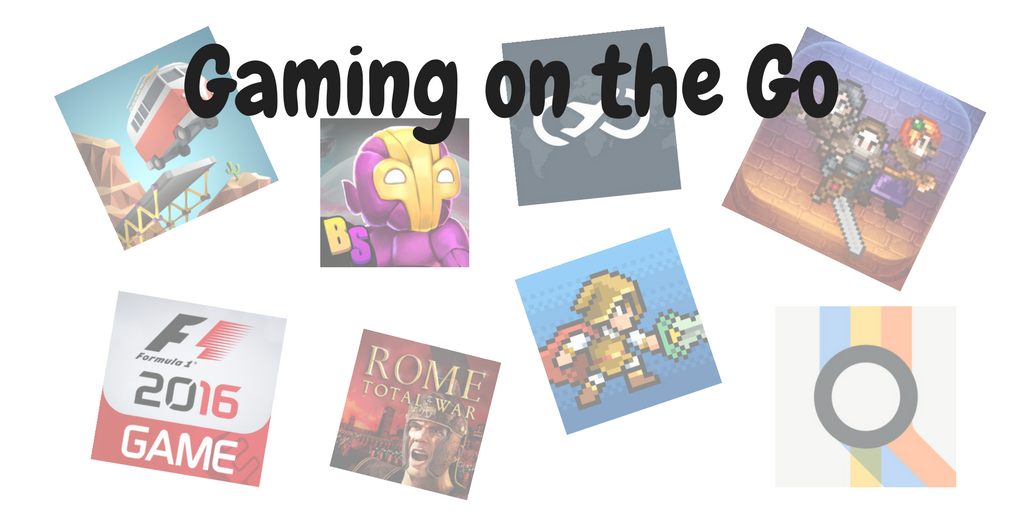 If you want to have a lot of fun, I really recommend picking up a Mfi controller. The one I use if the Steelseries Nimbus. I’ve found that it really makes games better, and really improves the experience of gaming on an iPad or iPhone.

You can check out my Steelseries Nimbus review here. 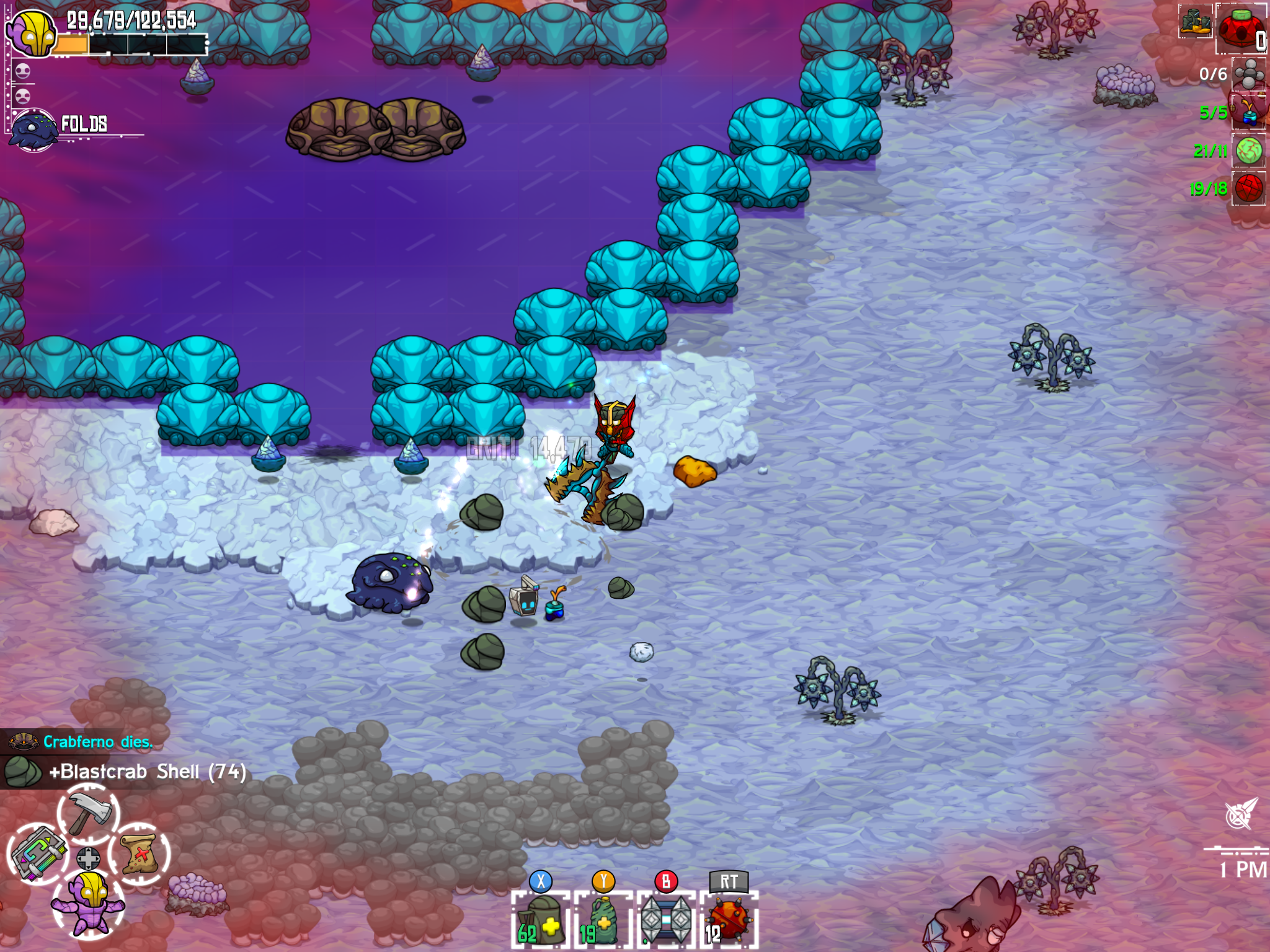 One of my favourite games on iOS, Crashlands is a survival game, but with a great storyline. I won’t spoil the storyline for you, but you crash on a planet and you want to get off it. The storyline is really funny, and I had fun playing the game. The main storyline lasted me around 25 hours, and even after you finished it there are loads of small quests that you can complete. Want to play it again? Four modes of difficulty ensure that you can play the game again and again.

Crashlands is £4.99 on the App Store and the Google Play Store. 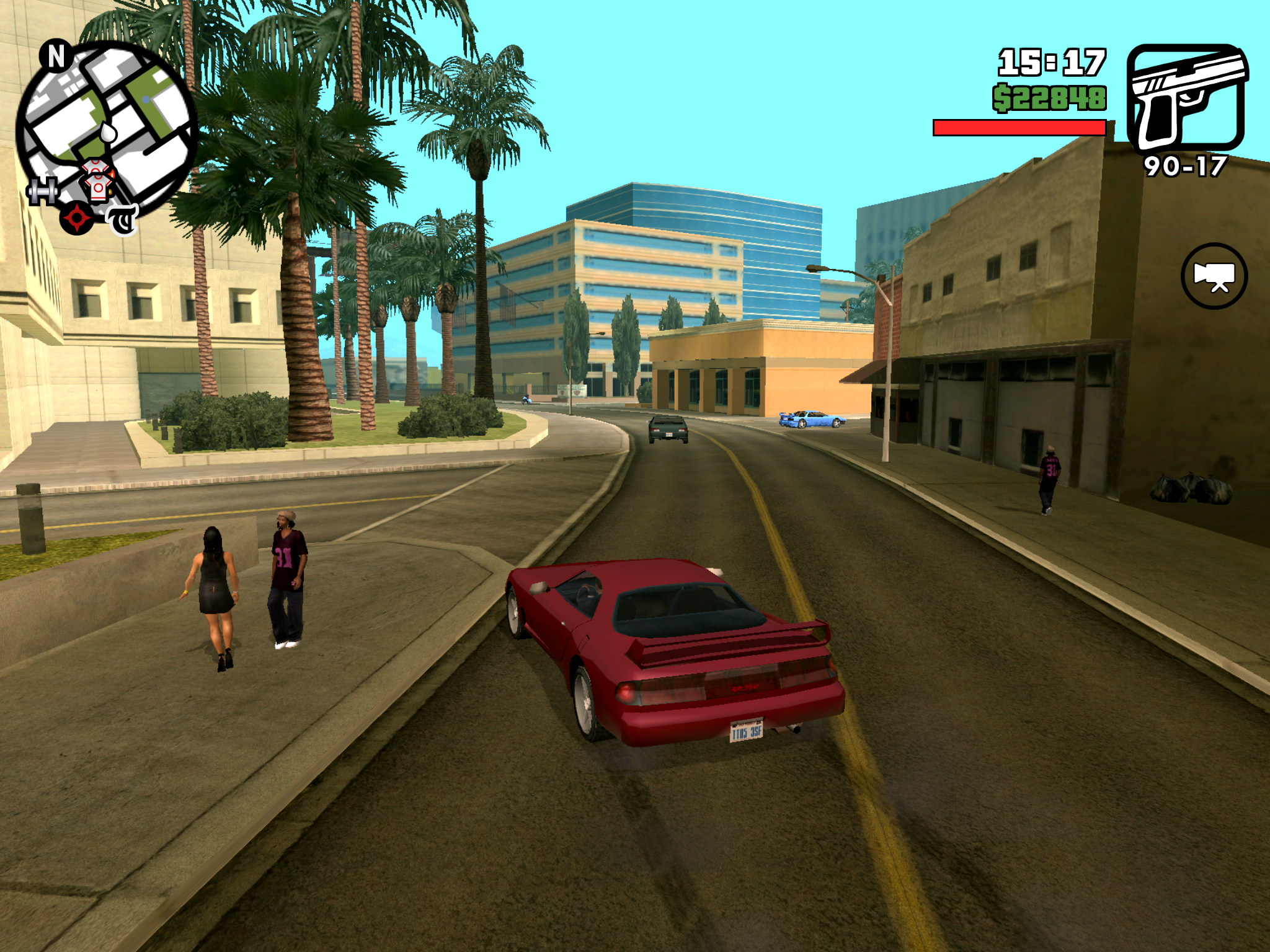 One of the classics for iOS, GTA SA provides hundreds of hours of gameplay for you to enjoy. With a huge map, there are so many new places to discover that you won’t get bored. It’s also got a great storyline that was very fun playing. Even after completion, there is so much to do that you just won’t be able to put the game down. 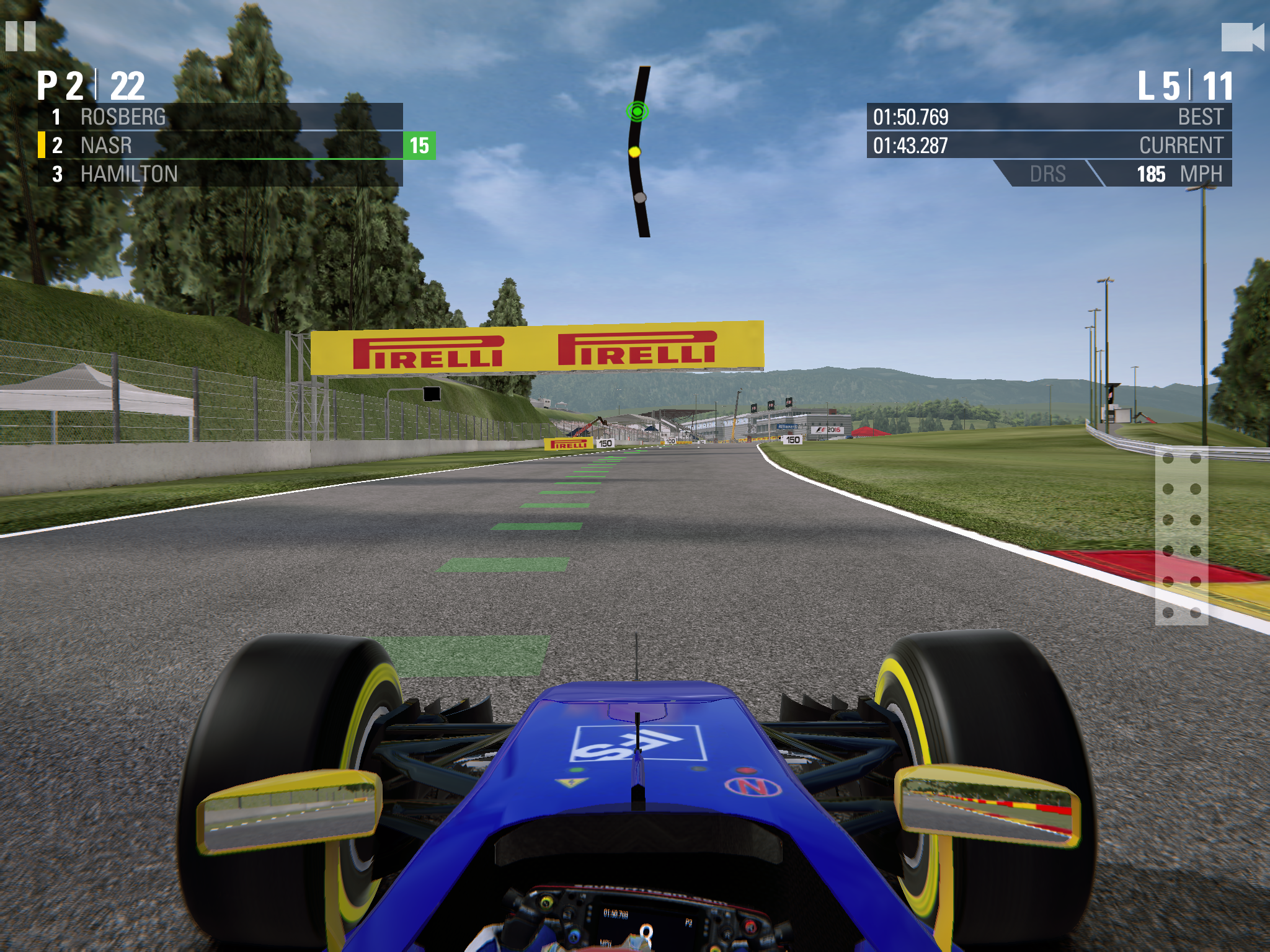 I’m a massive F1 fan, but even if you’re not, F1 2016 is a great game. It’s the official F1 game, so you have all the real sponsors, real teams the real circuits, and real drivers. With a variety of gameplay options, such as season, time trail and single race, you can have lots of fun with F1 2016. In season and race weekend, you practice to tune you car for the race, and then you qualify to get your grid position. You go into the race in the grid depending on your qualifying time. Tuning the car adds depth to the game, as you need to make sure you have the best setup for the certain circuit. Tire wear comes into account of races that are 8 laps or longer, so you’ll need to plan your pit stops. Races can be from one lap to the full, 100% race.

There are various difficulty modes, from very easy to very hard, but I found very hard not to be that difficult, which is a pity. For the next game, I’d like to see the hardest difficult raised.

Despite this, F1 2016 is an awesome racing simulator, and I really recommend you check it out. I’ve spent around 80 hours in the game, and I’m still loving it. 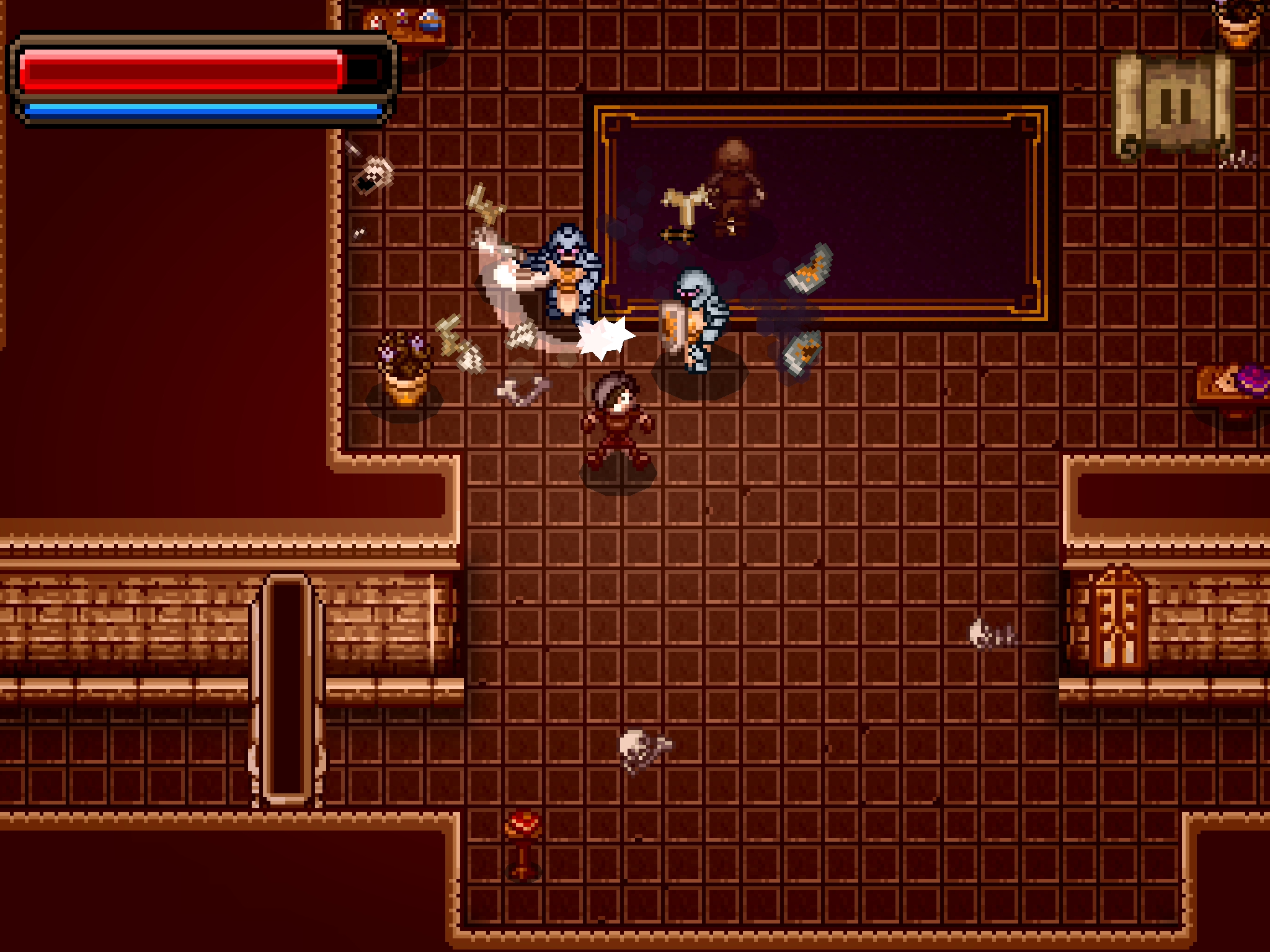 Want a game with unlimited replay value? Wayward Souls is for you. It’s a permadeath game, so when you character dies, you lose all your upgrades and you have to start the dungeon from the start. however, you do get to keep the collected coins so you can spend those on upgrades such as improved health. Dungeons are randomly generated, so they are never the same and they don’t get boring. As you move through a dungeon, you find out more about the characters backstory and why they are there in the first place. The dungeons are in a mysterious tower, and you want to find out why the characters are in this tower, and why the tower is forbidden. As you advance through the levels, you find out more about the characters. The monsters you encounter are also different, leading to you having to find out what their weakness is and attacking at the same time. The game has loads of characters, some that you unlock, and they all have a different playing style, so it’s a unique challenge every time. For example, my two favourite characters, the Warrior and the Rouge, have a different play style. The Warrior has a very brutal attacking style – he has a wide range, and a slow attacking speed, and shields you can use to block attacks. On the other hand, the Rouge is very nippy and fast. You quickly attack, and then move out again. The Rogue has a quick attacking speed, so you can often throw in a lot of attacks whilst the enemy is weak.

I really, really recommend Wayward Souls. It’s such a fun game, and I’ve had a blast playing it.

Get Wayward Souls for £6.99 on the App Store, and it’s also available for Android. 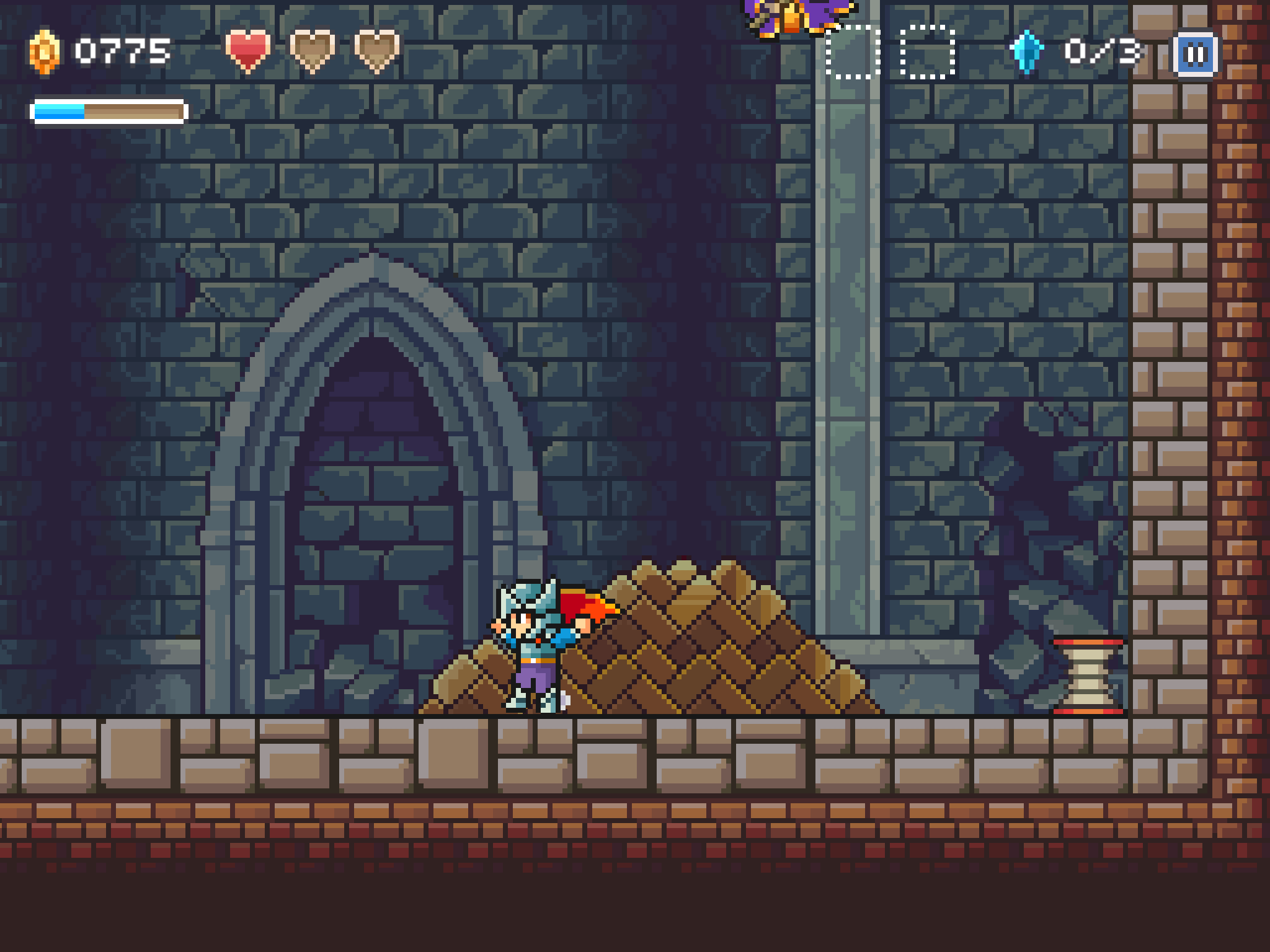 Goblin Sword is a fun platform game, where you move through different levels attacking creatures. Every so often, you fight a boss. It’s a really challenging game, and its a lot of fun. You earn coins to upgrade your character and make them stronger, and I recommend checking it out.

Goblin Sword is available for £2.99 on the App Store. 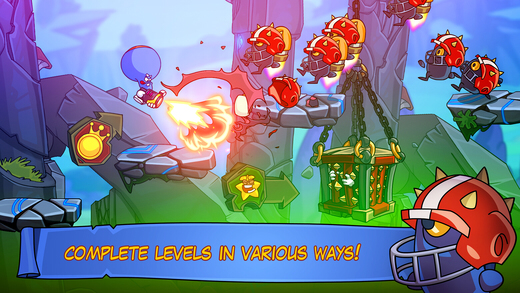 A fun platformer, Lost Socks has tons of levels that get challenging quickly. It’s also free, which is a nice bonus as it’s an awesome game.

Lost Socks is available for free on the App Store. 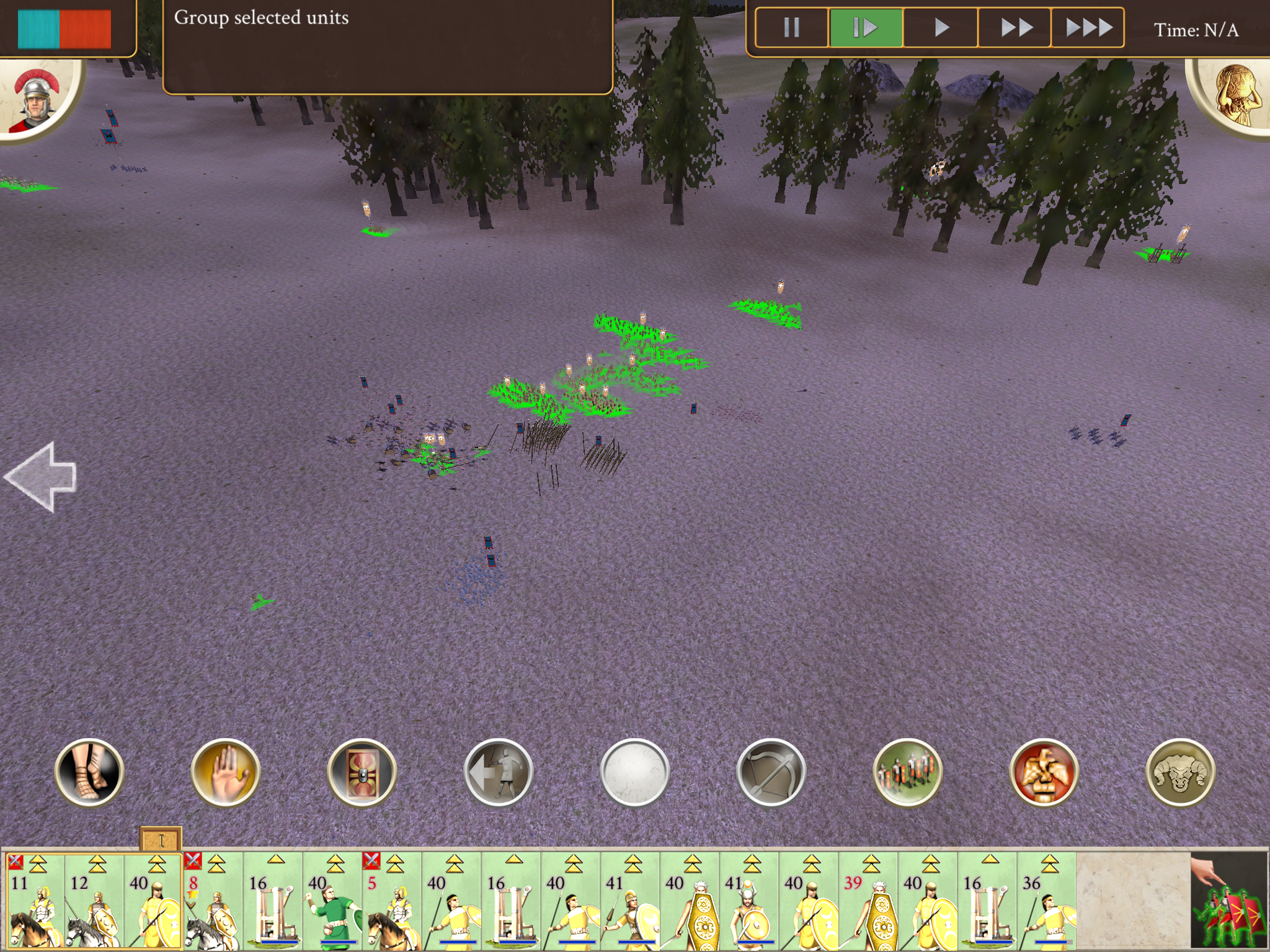 Feral Interactive have ported Rome: Total War over to iOS, and its amazing. In campaign mode, you manage a faction and you have to take over as much territory as you can. You can also manage your own troops during attacks, which is awesome. There’s so much more, but it merits an entire post to itself it’s so in-depth.

If you are looking for a great strategy game on iPad, look no further.

Downwell is an arcade style game about a boy who goes down a well with boots that can shoot bullets. The purpose of the game is to go as far down the well as possible without dying. You can find small upgrades along the way, and every new level you unlock a larger upgrade. It’s a fun little game to pass the time. 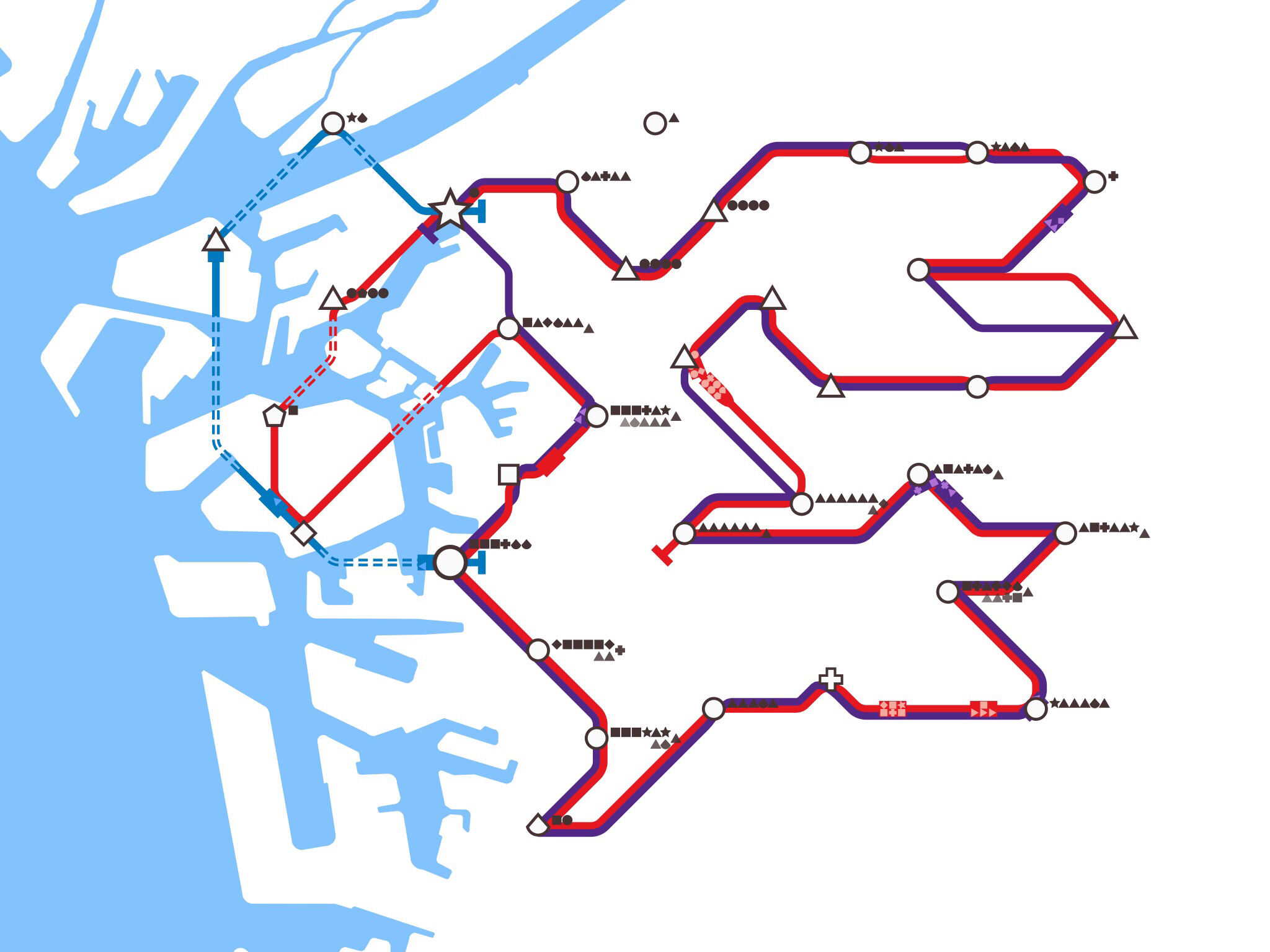 I won’t go into much detail here as I have written a whole review on Mini Metro. Mini Metro is a subway strategy game for iOS, Android and PC.

You can read my review on it here. 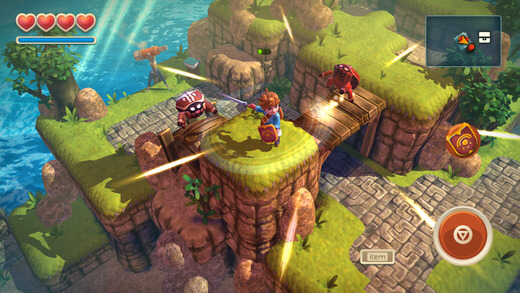 Looking for Zelda on iOS? Oceanhorn is what you’re looking for. A nice storyline will propel you through hours of gameplay and fun, which a difficult monster battle at the end of the game. I really recommend Oceanhorn to any of those looking for a Zelda-like game on iOS. 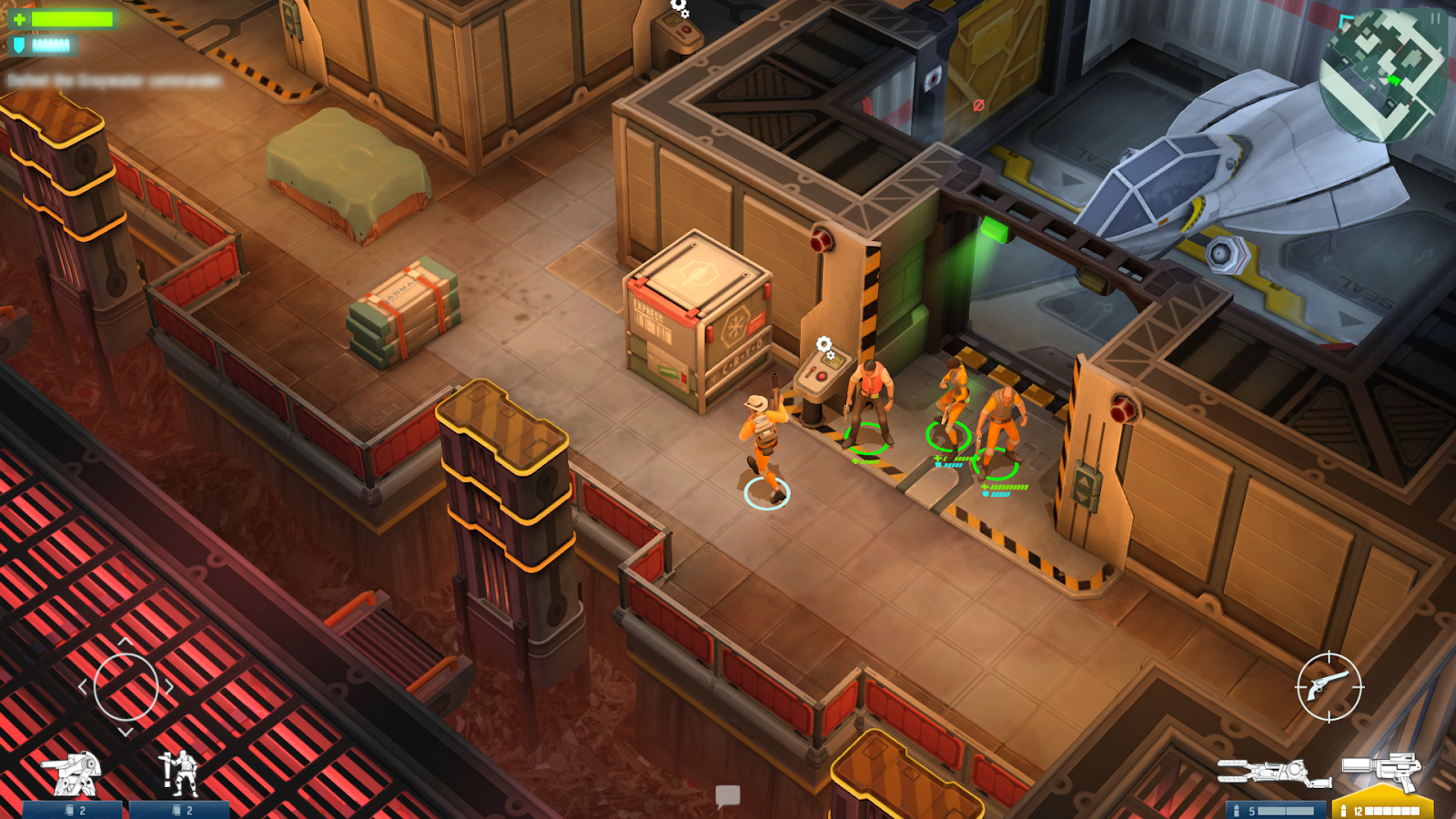 I’m really impressed by Space Marshals. It’s a top down shooter, and it’s quite challenging. Go through tons of levels to try to reach the ultimate goal of the game. Levels look dramatically different, and each enemy is different, so you won’t get bored with the gameplay.

Space Marshals is available on the App Store, and so is the sequel, Space Marshals 2. Both are great games, and you should try them both out. 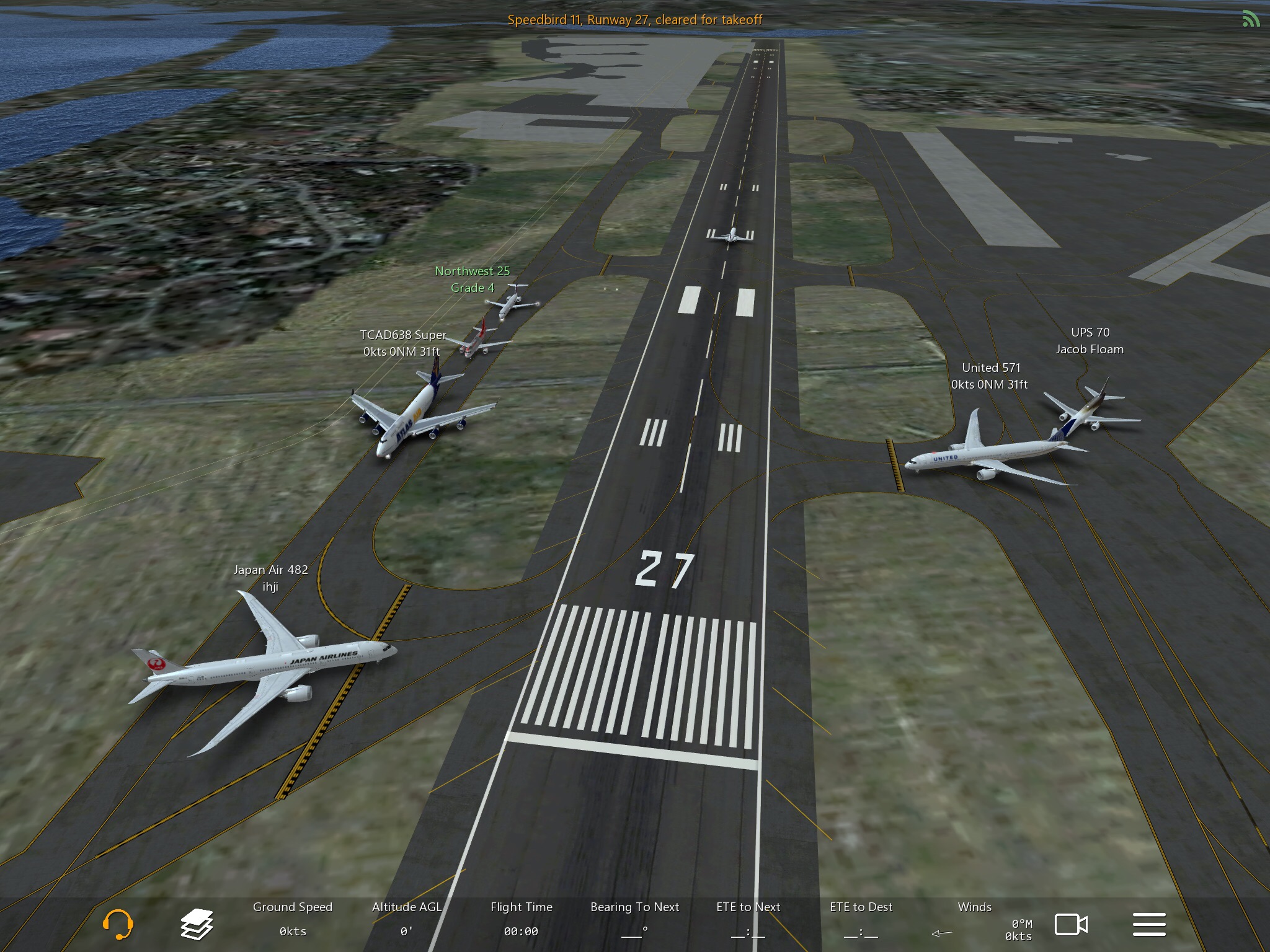 If you are a fan of aviation, you’ll want a nice simulator for mobile. I have both Infinite Flight and X-Plane 10, and both have strong points and bad points. 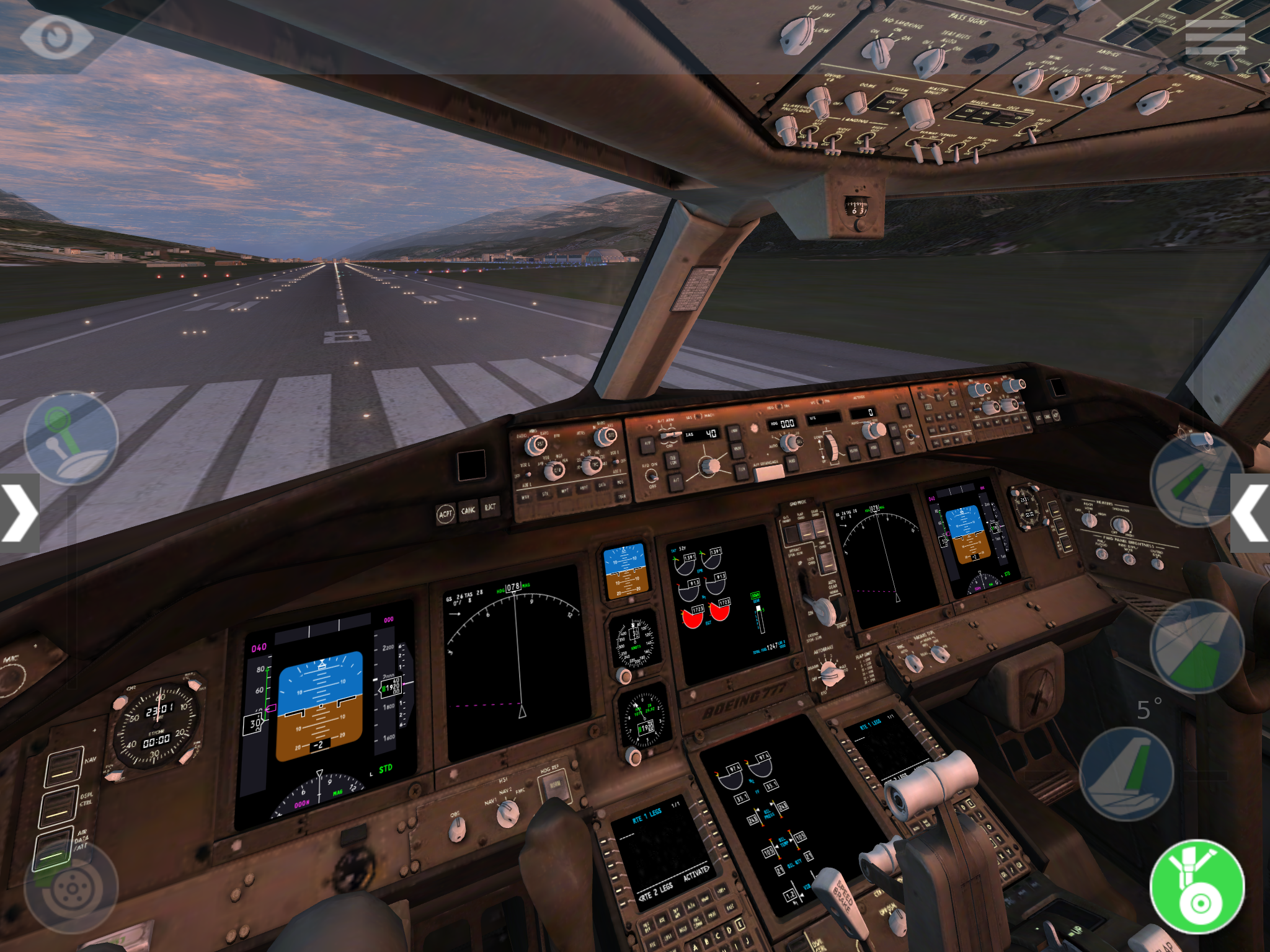 Want great cockpit quality, physics and exterior looks? Go with X-Plane 10. The cockpits have live displays, and buttons that work. X-Plane 10 mobile also has lots of features from the desktop simulator, which makes it even more impressive. However, the regions are small, which does spoil the game a little.

X-Plane 10 is free on the App Store (aircraft are individual in-app purchases). 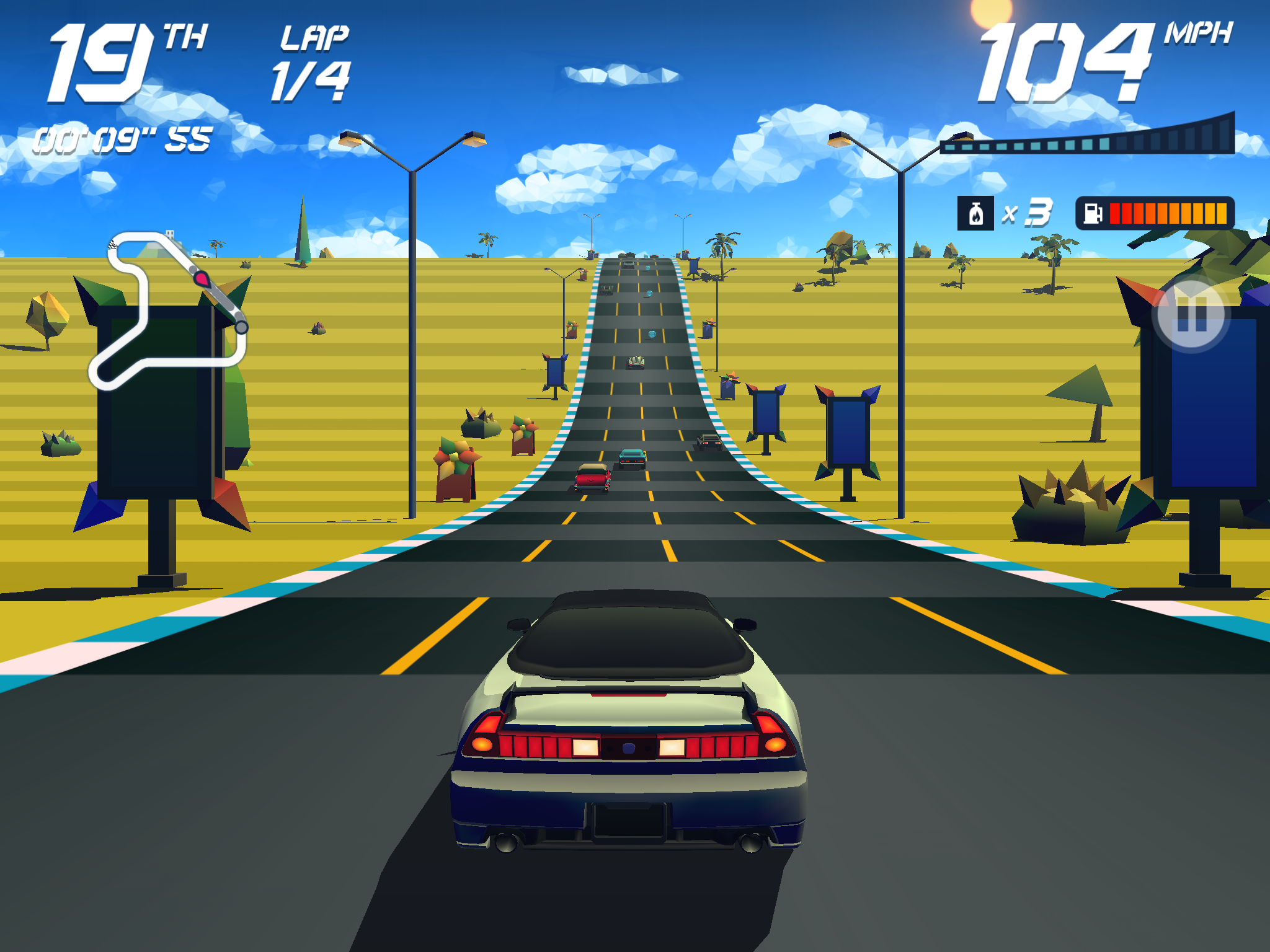 Horizon Chase is a fun arcade style racing game. You unlock cars as you progress through the game, and you can also unlock upgrades to make you car quicker and more competitive. The first region is free, however it’s a £2.99 in-app purchase to unlock the rest of the game, which is a bargain.

Horizon Chase is free on the App Store. 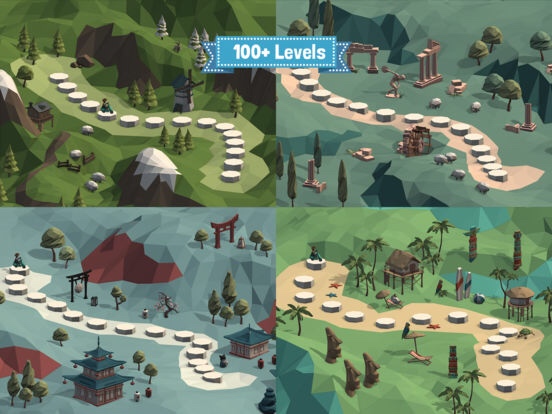 Poly Bridge is an awesome physics based bridge building game. Originally on desktop, it’s now on iOS with over 100 levels. Each level presents a unique challenge, and its loads of fun to get into a play. It also has a lot of replay value as you can always improve on a bridge you previously built.

Poly Bridge is available on the App Store for £4.99.

So those are all my favourite games to play on the go. Most of these games work with Mfi controllers. If you want to have a great gaming experience when you are away from your computer, you won’t go wrong with these games.

What are your favourite games for iOS and Android? Feel free to comment below!

Rule with an Iron Fish Review