The Nerdy Student
Advertisement
Home Uncategorized Features I Would Love to See in Pokémon Sun and Moon
Pokemon Sun and Moon is coming out soon (well, in late November), and in this post I outline what features I hope will be in it. 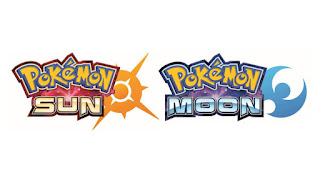 Having your Pokemon walk behind you

I loved this feature in Pokemon Soulsilver. It made you feel as if you were close to your Pokemon, and I just found that it made the game more fun. I loved the way the Pokemon found items, and that you could talk to them and that they interact with their surroundings.

Customisable clothing for your character

Having customisable clothing in X&Y made the game a whole lot better. It made your character a lot more personal, and it also made the game a lot more fun as you could waste all your money after you had beaten the elite four on clothing.

I almost had a heart attack out of joy when it was announced that Pokemon Heartgold and Soulsilver would have two regions; Johto and Kanto. It was brilliant that after you had completed the game that you could go to the other region and basically have another game. It was sort of a two in one, and it added so much more to do.

Having the underground game section

Exploring the underground with the exploration kit in Diamond and Pearl added hours of fun to the game. I used to spend hours exploring it, and it really added another thing to do in the game after you had completed the story. It was really fun to play with your friends and find crystals, and I would love it if this was added in Pokemon Sun and Moon.

You may have noticed that most of the things I want in Pokemon Sun and Moon come from Pokemon Soulsilver. This is because it is defiantly my favorite game in the Pokemon series, and I’ve played them all (from Pokemon Red to Pokemon ORAS). I loved the amount of effort Pokemon put into it, and it really paid of. The Pokewalker was a highlight feature, and actually encouraged people to go out and walk. I loved it.

I really hope some (or all) of these features are included in Pokemon Sun and Moon, and that will really make the game stand out for me.