I thought as my first post I would do my favorite Pokémon, Wailord! Please contact me if any info is incorrect, or if you want more stuff added to future posts! 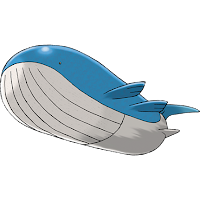 Wailord is a large whale Pokémon, which appeared in the Generation III games. It is most well known for being the largest Pokémon; its height is around 14.5 metres.

Wailord is a offensive Pokémon, with its Attack and Sp. Attack stats higher than its Defense and Sp. Defense.

Wailord would be most strong with these moves:
I would give Wailord the Choice Specs as its item.Remember that the Choice Specs raise Special Attack by 50%, but they lock the holder into one move. I would choose Surf as that move, as it damages both of the opponents. You might want to choose Water Spout as that move (as it has 150 power), but you must remember that it only has 5pp and that it becomes weaker the more damage your Wailord takes.
If you don’t want to use the Choice Specs, you can always use Leftovers. Leftovers give you small amounts of health during the battle, but in the long run they might make the difference between you winning or losing.

You can also damage other water type Pokémon with Hidden Power, which means your Wailord might have a chance against Pokémon such as Blastoise. 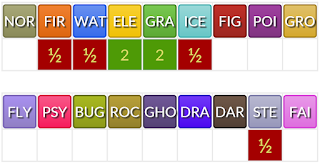 All in all, Wailord is a great Pokémon, and it is very underrated. Try one out in your team and see how it goes!
Thanks for reading!
Feel free to comment below!
Advertisement