For years jailbreaking has been a tricky thing to do with iPhones – often it would run with a significant risk of bricking your device, and would require knowledge of the iOS filesystem. In general, it wasn’t something your everyday iOS user would be able to do.

However, unc0ver changes that – compatible with all devices between iOS 11.0 – 13.5, unc0ver is a fast and simple way to jailbreak your iPhone with no risk of bricking your device. In this post, I’ll go through how to use unc0ver, as well as some good tweaks that I would recommend. 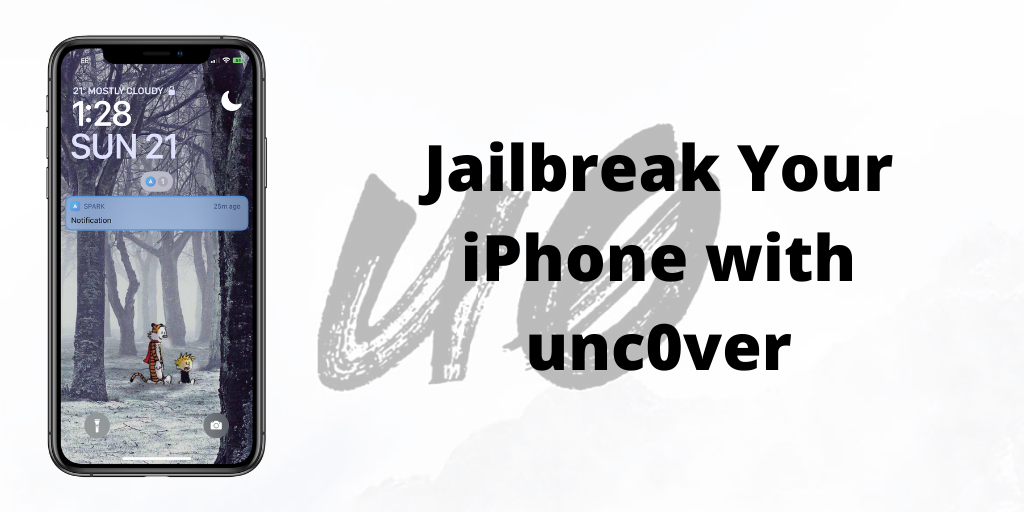 There are a few things you need to keep in mind before you jailbreak – if you play a lot of games on your phone, such as PUBG, these games do not work with jailbroken phones. In addition, apps such as Snapchat require cloaking otherwise you can run the risk of getting banned.

There are also a few disadvantages to using unc0ver:

You’ll need a few things to get unc0ver working.

This process detailed is for Windows computers, however the process is nearly identical on MacOS.

To use AltServer, click on the arrow icon at the bottom right of your computer. Click on the AltServer logo, and then select your phone to install AltStore onto it – you will need to enter your Apple iD. Once you have done this, go onto your phone and trust AltStore – open it, and you can install the jailbreak. Your phone will restart, and to complete the jailbreak go into AltStore and apply it again. Once your phone boots again, you’ll see Cydia, where you can install tweaks.

One of the caveats with using unc0ver, instead of the more advanced checkra1n, is that you have to renew its certificate. There are two ways of doing this:

If your phone is connected on the same network as your PC with AltServer on it, Altstore will fetch a new certificate when the current one is near to expiring. This requires you to be on your computer at least once every seven days, which may be an issue for someone who travels a lot.

ReProvision can automatically fetch and update certificates via your phone, no computer needed. I’ve been using it since I installed the jailbreak and it has worked perfectly – I do not need to have my phone on the same network as my PC, and when I go abroad for seven days or more, the certificates are not at risk of expiring. You’ll need to install Matt Clarke’s repository here.

Cydia is essentially an alternative App Store – in Cydia, you install various tweaks. Cydia works of repositories – places where developers share their tweaks. Because of this, there are a few third party repositories that you’ll want to add:

Packix. This is one of the most popular repositories for third party developers. There are many free and paid tweaks on here.

SparkDev. This is very similar to Packix, and contains high quality tweaks that you’ll most likely get.

There are many more repositories, and you’ll most likely end up adding more to get all the tweaks that you want.

I’ve listed some useful tweaks below. Keep in mind I use an iPhone X, so many of these are to remedy the annoyances that it has.

AutoUnlockX from the SparkDev repo. This means you don’t have to swipe up to unlock your phone from FaceID.

A-Bypass from the Merona repo. Some apps, such as Snapchat, don’t like jailbroken phones. You can bypass this with A-Bypass. I also use Choicy to disable tweaks for Snapchat just in case.

Barmoji from a default repo. This adds your most recent emojis down at the bottom of the keyboard, giving you quick access to emojis that you frequently use.

DefaultPlayer from Packix. This tweak allows you to set your default music player – I have mine set to Marvis.

Dotto+ from the Dynastic repo. This replaces the large notification number with a small dot, which I find looks a lot nicer and clutters the homescreen less.

Half from Packix. This adds the percentage of your battery inside your battery indicator – it’s dynamic, so looks great when your phone is charging, and works nicely with both dark and light mode.

Jellyfish from Dynastic. This makes your lock screen look a lot nicer, and also lets you quickly see the current weather.

Lune from the Litten repo. This shows whether you have do not disturb enabled or not by putting a very customizable moon on your lock screen. I use this along with the do not disturb notification remover, so it’s easy to tell when my phone is on DnD, but doesn’t add an annoying notification.

MailClientDefault10 from a default repo. Whilst this was last updated for iOS 10, it still works in 13.5. I use this to use Spark as my mail client, letting me tap on emails and have them open right up into Spark.

NoNewMark8 is from a default repo – it removes the annoying blue dot that comes beside an app name when it is newly updated.

Orion from Packix. I really didn’t like that Apple removed 3D Touch for holding down for an extended time. Orion brings back the better 3D Touch functionality for phones that support it.

Sakal from Packix. This shows your next alarm on your lockscreen – useful to see what time you need to wake up, or if you don’t actually want an alarm on and forgot to switch it off.

Scorpion from Dynastic. This stops the horrible call interface that is very intrusive, instead showing a notification like call that can be swiped away to be dismissed.

SmallSiri from Packix. A really nice little tweak that makes Siri appear in a small window, where you can choose the placing.

SoftwareUpdateKiller from a default repo. This is pretty much a must have – it disables software updates, and hides the app badge that notifies you when a software update is available.

Viola from Packix. This is a really nice looking app icon theme, that has over 1800 icons. Makes your homescreen look a lot cleaner with apps that all have similar theming.

3DTools from Packix. This lets you remove lots of the junk, such as rearrange and delete apps, from the 3D touch menu.

Jailbreaking your iPhone is a great way to remove some of the annoyances that Apple refuse to change, as well as add useful features and make the whole thing look nicer. With unc0ver, it’s impossible to brick your device, and also very easy for anyone to do.

I’m really happy with my jailbroken phone. It’s a lot more useful, and many of the incredibly annoying features that Apple had baked in are now removed.