Ambient noise is a very popular method of environment control, that can help people concentrate and relax. Dark Noise is an app that offers various noises, from water to urban noises. It has an easy to use interface, with close attention paid to animations in the app. In addition to this, Dark Noise takes advantage of many iOS technologies, including Siri shortcuts, widgets, alternative app icons, and much more. 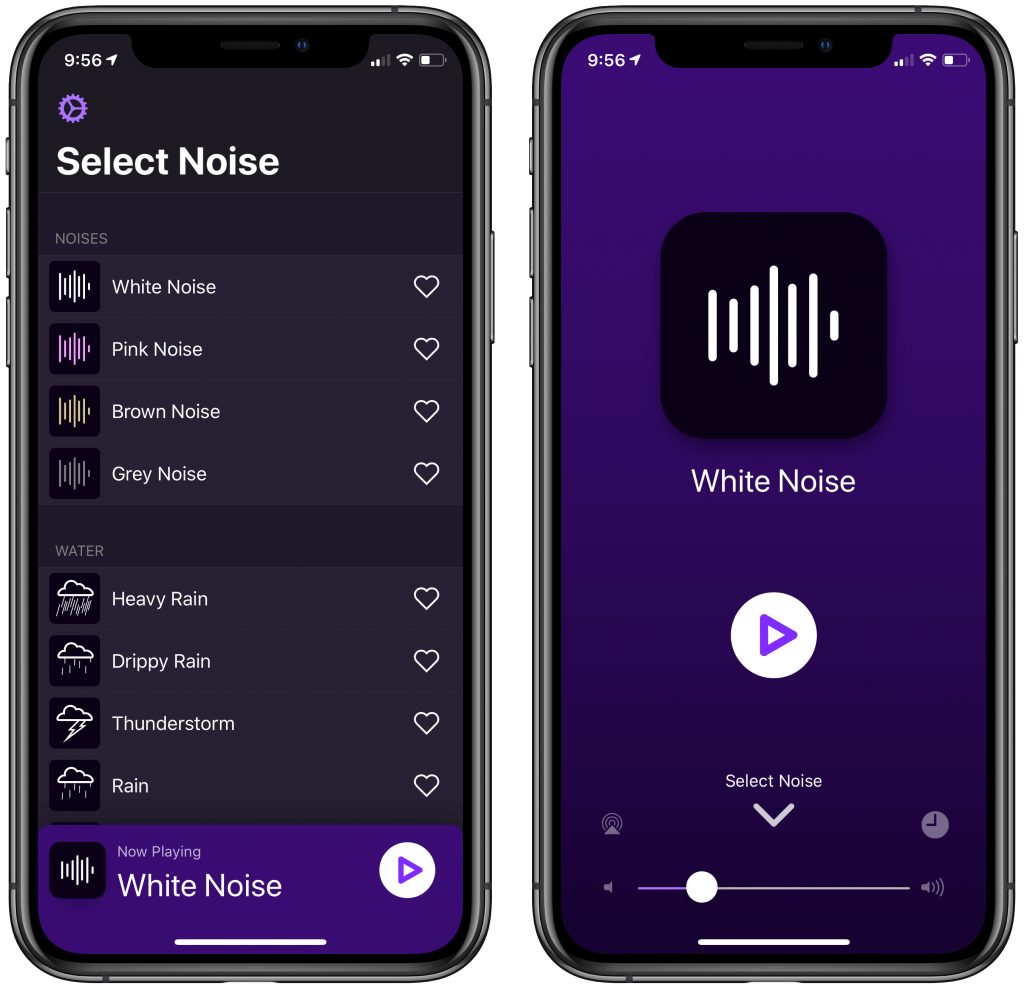 Dark Noise is both iPhone and iPad compatible, and the interface works well on both devices. On the iPhone, it contains a list of noises that you can choose from, whilst on iPad it is a two panel view, with noises on the left, and the playback on the right.

38 different sounds are offered by the app – there is a wide variety of options, from traditional white, ping, brown and grey noise, to water, urban, fire and nature noises, along with a few more.

The interface of Dark Noise is very simple – you can tap to play a noise, and use the heart icon to favourite noises. These then appear at the top of your noises list, and you can reorder them to suit you. On the playback screen, you can set a timer, after which the noise will stop, and you can also view Airplay options.

An impressive amount of iOS features are supported by Dark Noise. The first is widgets; Dark Noise allows you to place widget in today view, that lets you select recently played and favorited noises, as well as custom noises. The style of this can be changed, with a list view, or an icon view. The app also has over 20 different icons to choose from, as well as eight different themes, including a true black theme, which looks great on OLED screens. Handoff is also supported, allowing you to easily switch source device, and multitasking on iPad is a plus. 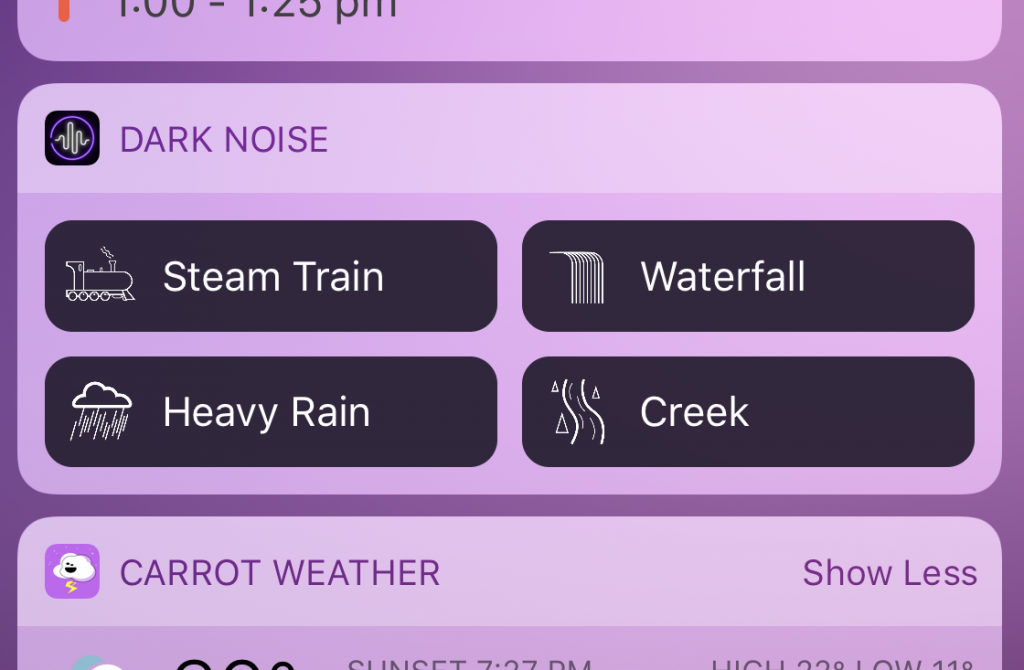 The UI also has been carefully made – each icon has its own animations that occur when you play a noise, and subtle bounces to items on the screen.

One thing that Dark Noise is lacking is the ability to mix sound – other apps such as Noizio offer this, meaning that you can tailor mix sounds to suit your taste. This is a big drawback of the app, as allowing you to mix sounds is an important feature. However, the developer has stated that they plan to implement this in the future.

To conclude, Dark Noise is a app that does one function well – playing noise – whilst also looking great. It would be nice to see the ability to mix noises, which is the major downfall of the app. Apart from this, the various app icons, themes, and support for iOS features makes Dark Noise a nice app to use.

Dark Noise is available on the App Store for £3.99.