I’ve always been a fan of fountain pens, and I was looking to get a small pocket pen that I could carry around that was tough, durable, however also nice to write with. The pen that I found fulfilling this was the Kaweco Skyline Sport pen. With a body made out of plastic, the pen is durable, light, and compact. It’s also on the cheap side of pens, under £20 when I ordered it, and comes with a steel nib that writes great.

The pen is only 4.1 inches when capped, so it’ll easily fit in your pocket. Made out of plastic, it’s not too heavy, and you won’t feel it in your pocket. However, when you post the pen, it lengthens to 5.2 inches – perfectly comfortable for a pen.

I ordered the pen with an extra fine nib. I usually write on pretty low quality, so the extra fine nib is perfect for this as it does not bleed onto the other side of the paper. It also writes quite dry, which aids in preventing bleeding. I’m also a big fan of Moleskine notebooks, and sadly the paper quality in them isn’t the best, so often fountain pens bleed through – I haven’t had this issue with the extra fine nib on the Kaweco however. The nib is made out of steel, and writes well for me. I don’t need to put any pressure on the pen to write, and it writes under its own weight, as it should1. The nib has a little tooth, but it smoother than I expected an extra fine nib to be. I’m very happy with both nibs on the pens I’ve purchased – they write very well and I have no issues with ink flow.

The Kaweco takes standard short cartridges that you can pick up at all stationary shops. However, it does not take long cartridges, or a normal converter. Kaweco sells a small converter you can use in the pen, however I have not purchased this to try myself. I’m happy using ink cartridges purchased from WHSmith, and if I want to use my own ink, I can fill an empty cartridge with a syringe.

The pens body is made out of plastic, however still feels sturdy. The pen feels as if it won’t crack under pressure, which is a good thing for a pocket pen. As the pen is plastic, you can also convert it to an eyedropper pen, to store even more ink inside of it. I haven’t done this however, as I use it as a carry around pen and I want to be able to easily refill it. 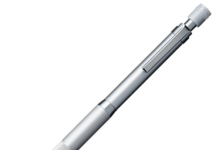 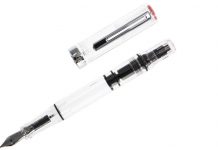