Gaming on your phone is becoming more and more advanced, with games such as PUBG coming to mobile. I play the majority of games on my phone, however a phone isn’t the most comfortable thing to cling to for hours on end. That’s where the MobileGrip comes in. You can easily attach the MobileGrip to your phone in order to make it a lot more comfortable to play with.

This unit was sent to me by MobileGrip, however this does not change the outcome of the review in any way. 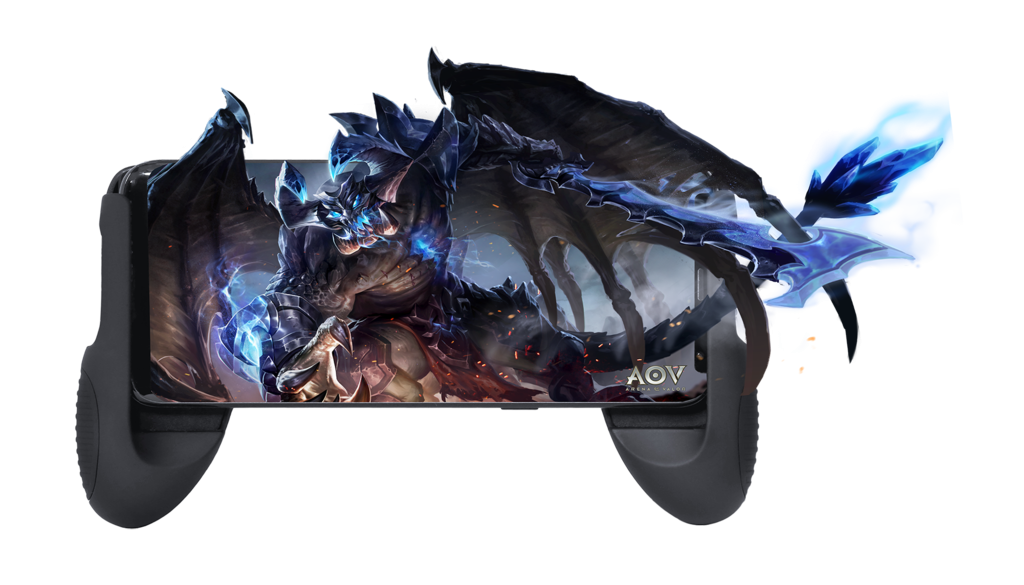 The MobileGrip is a phone attachment that has the ability to turn your uncomfortable rectangular phone into a more comfortable controller like shape. It allows you to play mobile games, such as PUBG Mobile and Arena of Valor (the two games I mainly play) in more comfort.

Well packaged in a descriptive box, the MobileGrip is in a plastic tray that slides out when you unpackage it. The box has descriptions of what the MobileGrip is for on the back, and on the front has an image of the controller. The one I received was the black version.

On the back of the grip, there are two locking mechanisms. When you pull out the grips, you can lock them in the position when your phone fits to make sure that your phone won’t fall out of the grip. You simply slide them to the locked position, and your phone sits snugly inside the controller. The grips on the side are held to the centre with springs, so you don’t really need to lock in your phone as it holds it tightly anyway. 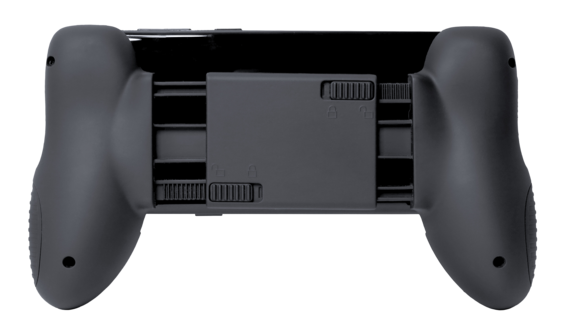 Made out of plastic, the grip is covered in rubber to grip to your phone better, and for a nicer feel. It feels really good in your hand, even if you have been holding it for hours. There are three variants of the controller – blue, red, and black. The blue and red do not have the rubber coating on their grips, and as a result are cheaper, whilst the black edition does have coating, and as a result feels and looks a lot more premium.

So, the build of the controller is great. It feels very well put together, and does not flex when you use it. With dimensions of 5.5″x1″x4.3″, the MobileGrip can fit most models, such as the Razer Phone, iPhone X, 8 Plus, Samsung Note and many other sized phones.

It takes a while to get used to playing games with the grip, partly because your fingers are further away and need to reach further for the buttons. However, after around half an hour with it for each of your games you get used to it, and it’s a much better experience than using your phone without one. It’s a lot more comfortable to hold for long gaming sessions, and you won’t get numb hands like I used to do.

However, there is something I would like changed. I like to use my phone with a case on, and whilst it fits fine, if I want to plug it in I need to force it down under the lip of the grip. If the foam was removable on the grip, it would mean that my phone with case would fit a lot better. This is only a minor thing I would like to be changed however, and I still love using the grip.

So, should you get the MobileGrip? If you play a lot of games on your phone, such as PUBG, Arena of Valor, Fortnite, or any other landscape game, I really recommend the grip. It makes it a lot more comfortable to hold onto your phone whilst playing. I found that my performance in FPS games such as PUBG increased using the controller, as it was a lot less awkward to hold the phone.

The MobileGrip is also inexpensive – starting at £11.60 for the red and blue standard editions, and £13.93 for the black, more premium, edition. You can get 10% off those prices by using the code TheNerdyStudent at the checkout, or by using this link.