At only £35, the Aukey PB-Y14 is a great power bank. Whilst phone batteries are getting better and better all the time, lot’s of people still find that they run out before the day is over. Often if you are using your device all day, for work and for gaming, it can really run down quickly. This is where the Aukey PB-Y14 power bank comes in handy, allowing you to charge an iPhone X more than 7 times, a iPad Pro 9.7 inch 2 times, or a Samsung Note 8 3 times. So wherever you go, you won’t run out of power. The battery features a USB C port, as well as a high amp output so your devices charge quicker. 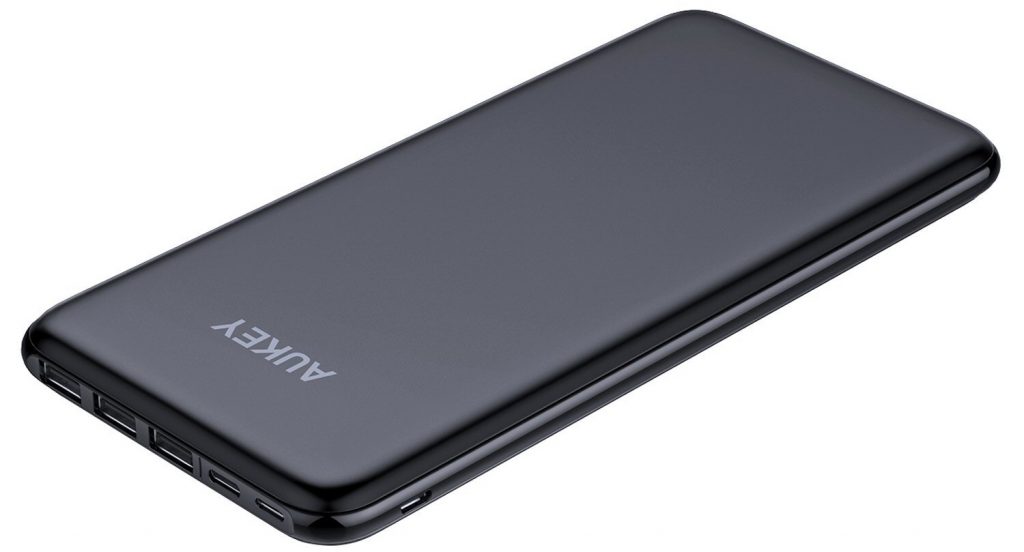 I’ve been using the Aukey PB-Y14 for over a month now, and it’s been a dream. I’ve charged three devices off it from 0% to full, including an iPad and an iPhone, and it still has a lot of charge left in it.

The battery has a capacity of 20,000 mAh. My iPad has a battery size of 7,380 mAh, meaning that I can charge it fully twice off this battery, and also leaves me enough charge to charge my iPhone over 1 time. Or, I can charge my phone 7 times. This is a practical overview of the size of the battery.

It is in a slim form factor, so it’ll fit into a briefcase or bag pocket. It’s a large plan form, but that means that it is only 14mm thick. The plastic itself is a textured matt plastic, so you won’t get tons of fingerprints on the device. The sides are rubberized, so it won’t slip out of your hand. 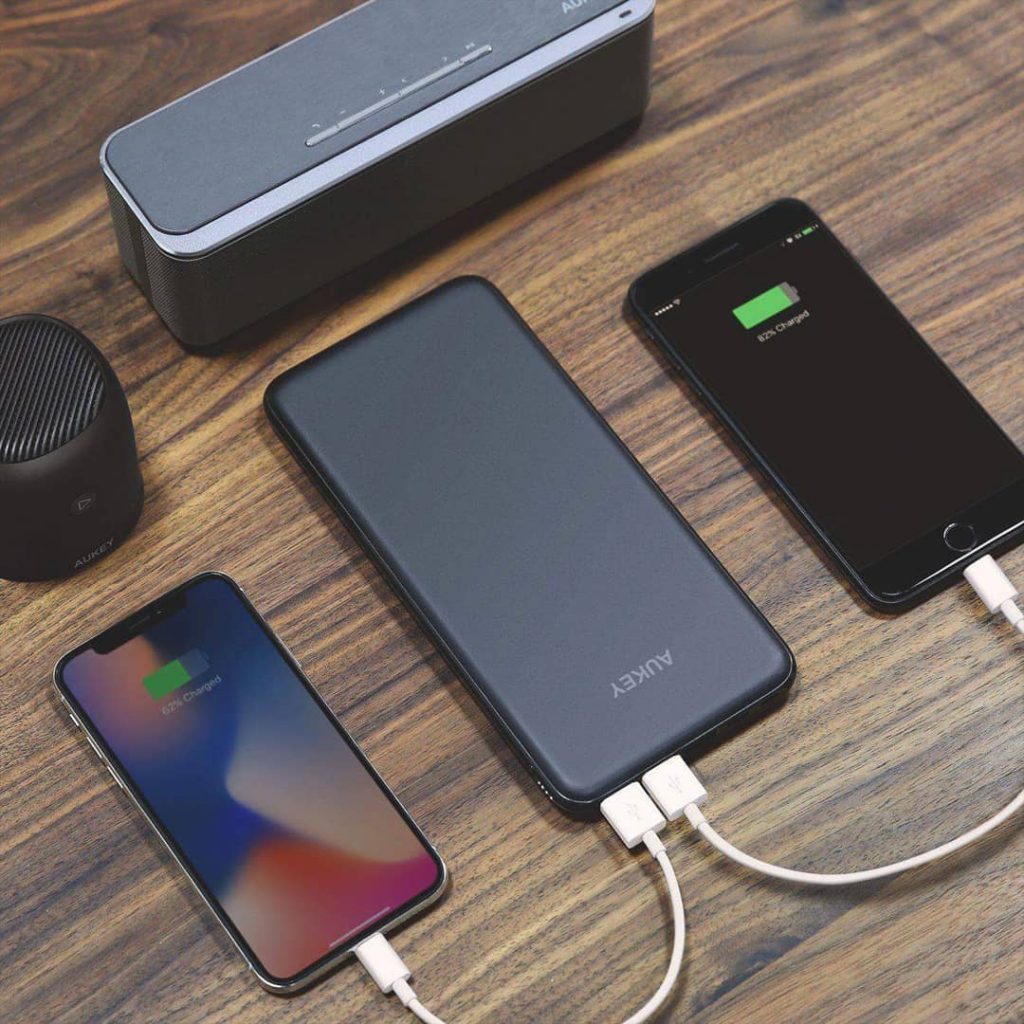 Now let’s get into the interesting parts. The battery has three 5 volt output ports, which each can put out a whopping 3 amps. In comparison, the charger that comes with your phone probably puts out 1 amp, so this battery will charge your phone very quickly. It also features a USB C input and output port, that can supply 3 amps by itself, even when you are using other ports. The battery has four output ports, so you can charge four devices at the same time. 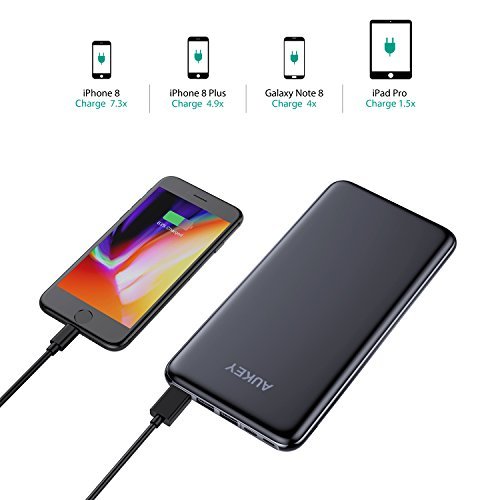 In regard to input ports, the device boasts three; an Apple lighting charging port, a micro USB port and the USB-C port (that also functions as a charger). This is great, as it means that you don’t need to take another cable around just for the battery, or if you forgot a specific cable, you can just use the one that came with your phone. The battery takes around 7 to 8 hours to charge1, so it’s perfect to charge overnight.

On the side, the battery features four lights and a button to check the charging level. The button also switches on the outputs if your phone does not automatically initiate the charging.

The Aukey PB-Y14 is a great battery bank by a great company. It has everything you need in a battery, from the huge capacity to the numerous ports. The great thing is that it only costs £35, which is a great price for such a powerful battery.