The Adonit Pro 3 is an analog stylus that offers precise writing and drawing on any touchscreen device. Adonit make a wide range of styluses, from the standard mesh tipped to the most advanced bluetooth ones on the market. The great thing with the Adonit Pro 3 is that it is simply accurate on any device you use it on, whether that is an iPad or a Surface tablet. 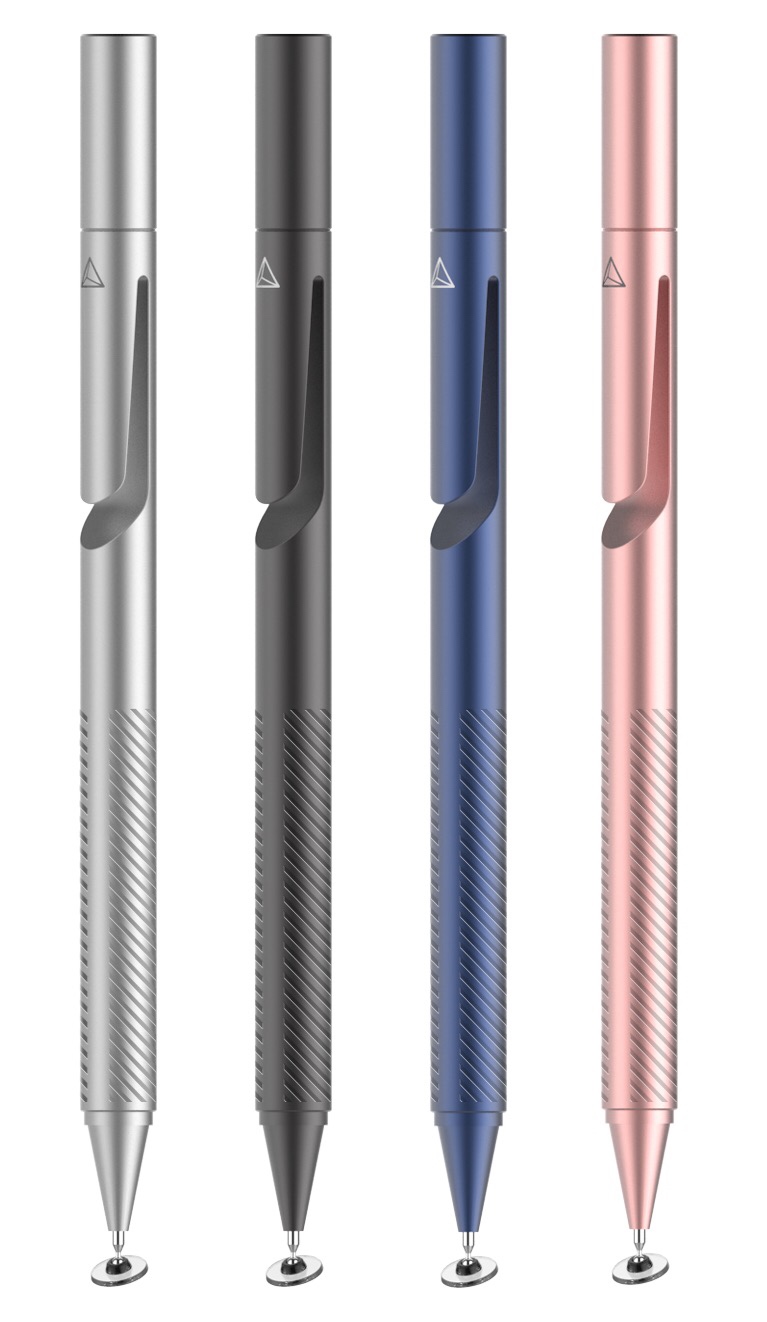 The Pro 3 uses a see through disc to write. The way this works is that the iPad and most touch screens can only detect a finger sized touch, and the Adonit Pro 3 simulates this figure by using a see through disc. THe great thing about this is that you can easily see where the ink is, and it works really well. I love the way I can see exactly where the Pro 3 is going to draw, without having to guess around like you have to with fat tipped styluses. The disc is mounted onto a padded spring like mechanism, so when you write it is very comfortable, and the stylus is also very quite to use.

The cap on the Pro 3 is magnetic, so you can easily click it onto the stylus to protect the disc. I did find that the cap was pretty tight to the disc, so I was pretty worried whenever I put the cap on that I would break or snap the disc. When using the stylus, the magnetic cap can also be put on the top of the stylus, which is handy as you won’t lose it. The barrel of the stylus has a textured grip on the barrel of the solid aluminium stylus, so its easy to grip and won’t slip out of your. I did find that the grip was a little ‘harsh’ after long writing sessions, however this may not effect people who handwrite more. On the opposite side of the disk, the stylus has a built in clip so it’s easy to slip into a pocket or into your bag when you are on the go.

As the Pro 3 requires no batteries or charge, its always ready. You simply pick it up and use it – no pairing needed, no checking and charging batteries – it’s great. I’m used to using the Adonit Jot Script 2 every single day for the past three years, and it’s been awesome. For the past week, I’ve been using the Pro 3 only, and it’s really nice when I don’t need to check if I have enough power to last me to the end of the lesson, and so on.

GoodNotes is my app of choice for taking notes. It’s the app I use every single day for maths and science notes, and the Pro 3 works like a dream in it. On the apps side, the palm recognition works really well, so I can put my palm down even though the Pro 3 isn’t a bluetooth stylus. I love that I can see exactly where I’m writing with the Pro too, as my notes are neater and it’s easier to write. I’ve written around 10 notes, an essay, and this review with the Pro 3, and it works really well.

If you find yourself wanting to take handwritten notes on your iPad, and don’t want to splash out $100 on a stylus, I really recommend the Pro 3 – it’s amazing. It is available on Amazon for $22.99 (at time of writing).

Adonit has also recently released the Pro 4, which is very similar, just with a slightly different design. It can be purchased for $29.99 on Amazon.