Update: As of September 2018, ProTube has been removed from the App Store.

ProTube is a highly customisable YouTube app for iOS. It puts you in control of the app, and has multiple features that you won’t find in the YouTube app. Some of these are picture in picture viewing, no ads, custom playlists, audio playback whilst working in other apps and more. If you watch a lot of YouTube videos on your iPad and iPhone, you may want to check it out. 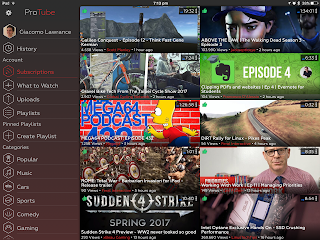 One of my favourite things about ProTube is the ability to watch a video whilst working in another app – I can watch a video about the subject I am working on, and take down notes on it, or I can watch a gaming video whilst working in another app. Whilst picture and picture is available in the YouTube app, but you’ll need YouTube Red to use it. ProTube also allows you to use split screen viewing when you use it, which is also another very nice feature.

Another of my favourite features is that you can pick what section of the app you want the video to start in. For example, I have set the app to start on the subscriptions section. The default section is the popular section, but often videos do not really appeal to me there, and I would rather catch up with my subscriptions.

ProTube also gives you ad free videos, so you don’t need to wait for the ‘Skip Ad’ button to appear, and you don’t need to watch YouTube ads over and over again. It gives a better viewing experience, and means you can watch the videos that you want to watch without waiting around for the YouTube ad to end. Another one of my favourite features is the peak and pop ability, so you can see if the video interests you. 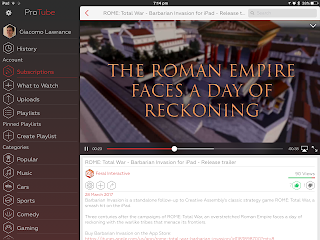 If you use data a lot, and you often find that YouTube drains it, you’ll be glad to know that you can set specific playback resolutions depending on whether you are on WiFi or data. Playback quality can be changed whilst you are watching a video, and it ranges from the lowest quality, 144p, to 4K resolution. You can also change the playback speed of the video.

Playlists are another interesting feature of ProTube. You can use ProTube as a music streaming app, as you can play audio without having the video play. If you want to use it like this, you can add the music you like to the playlist, and then stream the music. Another nice feature is that it allows you to listen to audio whilst you are in another app, which is a YouTube Red feature. If you don’t have a YouTube/Google account, you don’t need it to create an account to playlists, which may appeal to those who do not have a YouTube account.

Audio can be played on the lock screen, and if you are in another app. Also, ProTube has a system share sheet so you can share videos to other apps, and also offers a URL scheme that allows it to interact with other apps such as Workflow. 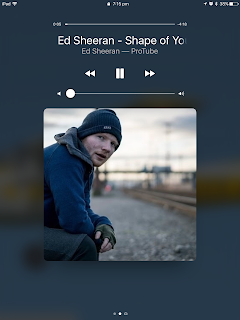 However, I did encounter a few problems or issues whilst using the app. When you close a video, and then open it again, the video doesn’t resume from where you left it off. I’m not sure if it is possible to add this to the app, but it would be an awesome feature to see. I’ve also found that the ProTube app history is different to the YouTube history. It looks like the history is independent to the YouTube history, even though I have signed in with my account. I often switch from watching a desktop video to watching on my iPad, and it would be nice if I could just go into history and find that video (this also links with resuming the video from where I left it off). I also found that the app does sometimes struggle with live streams, and live stream chat is not available when a video is being live streamed.

I would recommend ProTube if you want to get picture in picture and audio in the background without paying for the YouTube Red subscription. It’s a nice app for those who use YouTube a lot, and I would recommend checking it out. ProTube for YouTube is available on the App Store at £3.99.