The Nerdy Student
Advertisement
Home Platforms iOS Opener: Open Links in Apps
We all know the reality of opening links in iOS – its difficult to open links in the app that you want to open that link in, not the app that iOS wants you to open it in. For example, if you use Tweetbot instead of Twitter, there is no way to set that as the default Twitter app. If you want to open links to Twitter you find across the internet, you can only open it in Twitter. The same happens with opening YouTube links in ProTube, instead of the official app and so on. 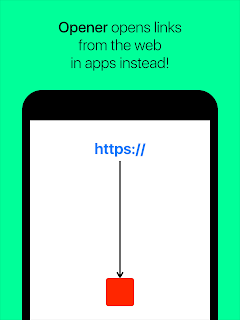 One of the worst things about the Apple iOS operating system is that it doesn’t let you set default apps for things such as Twitter, YouTube, web browsers and more. If you are browsing the internet, and you find a link to a tweet, iOS will open the official Twitter app or prompt you to install it. However, with Opener, you hold down on the link and tap Opener. Opener detects what type of link you are trying to open, whether it is a YouTube, Twitter or any other type of links, and automatically opens it in the app you want. 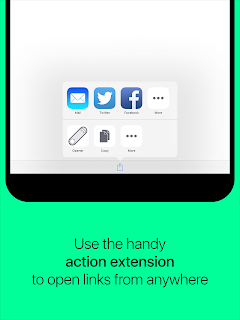 Let’s say I’m browsing the internet and I look up a video. Usually when I tap on that video, it would open it in the YouTube app, or if I didn’t have that installed, it would open the web version. However, if I have Opener installed, I can hold down on the link and tap share. Then I tap Opener, and it opens the link in ProTube. You can do this with Twitter, and the over 200 apps Opener supports.

Opener is great app if you use a lot of apps that aren’t the official ones. Often the unofficial clients are better, but iOS doesn’t handle links very well. I really suggest checking out Opener – it’s really improved my iOS experience. Opener is available on the App Store at £1.99.