The Nerdy Student
Advertisement
Home Platforms Windows Kerbal Space Program: One of the Best Games I Have Ever Played
Kerbal Space Program is a great space simulation game where you can build spaceships and space planes. You then launch them and fly (or attempt) to loads of other planets that are around the Kerbol solar system. Some of the planets have loads of moons. The game does have a steep learning curve, but it is really great fun.

Kerbal Space Program allows you to build ships and then fly them around a large solar system. You need to add manoeuvre nodes to change your orbit around so that you can get intercepts on planets. You can build things such as landers, space planes, bases which go on other planets, space stations, satellites and probes, rovers and many more. You can dock aircraft and rockets to space stations, which is pretty cool (and fun). 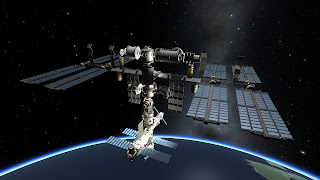 There are three game modes; sandbox, which allows you to have all the parts and unlimited money. There is then scientific mode, which is basically sandbox but the Development and Research centre is open, and you can collect Science, and then career mode. This is where you have to pay for everything, and research stuff to get all the parts. You also have to advertise your launch and business.

After you have made your rocket, you click the launch button, and then it goes to your launch pad. I recommend you do all the tutorials as they really help. Make sure you hit the T key to switch on SAS, which will help you control your rocket. You launch your rocket, and then you have to get into orbit.

When you have your intercept, click on the manoeuvring button to the left of the navball, and the ship automatically points towards it. When you reach the node, fire your engines for the specified time. You can find the time to the node and the estimated firing time to the right of the navball. 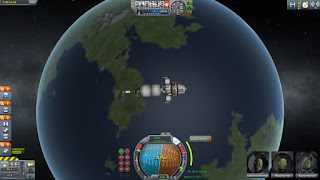 Once you get drawn into the planets gravity, you will need to fire retrograde to slow yourself down into an orbit. Make sure that you don’t crash into the planet!

Once your in a stable orbit, add a manoeuvring node that will take you down to the sunny side of the planet. Click on the manoeuvring button to the right of the navball to point where you need to go for your manoeuvre.

Once you have executed the manoeuvre, click once again on the retrograde button. Once your at around 6000 metres, fire your boosters. You will be moving sideways as well as down, so you need to get both the horizontal and vertical speed down. Make sure you touch down gently, so that you don’t kill your Kerbals.

Now you have landed, EVA your Kerbal and plant a flag. Gather some data, and then get back into you lander. Get into an orbit and fly back to Kerbin, and re-enter. Make sure you don’t release your parachutes too early!

After you have done all this, you have completed your first mission!

You can check out loads of tutorials of how to land on specific planets here, on the Kerbal Space Program wiki. You can also check out Scott Manley on Youtube for some great video tutorials.